The Army has issued a formal call for industry partners to send in their prototypes for the Next Generation Squad Weapon program, a major step towards finally testing out a replacement for the M4 carbine and M249 squad automatic weapon 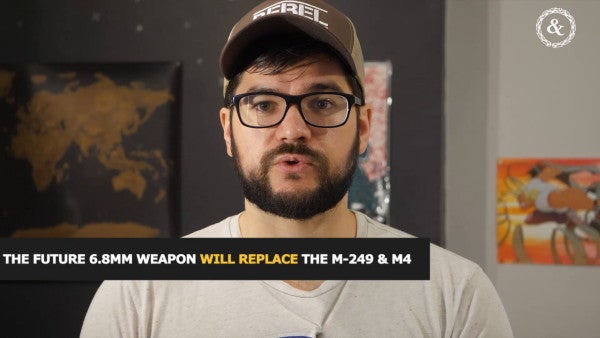 The Army has issued a formal call for industry partners to send in their prototypes for the Next Generation Squad Weapon program, a major step towards finally testing out a replacement for the M4 carbine and M249 squad automatic weapon.

While the Army had previously issued a draft notice in October ahead of the formal PPON, the formal notice provides more details regarding what PEO Soldier engineers are looking for in the next-generation platform. Those details include:

Like the Army's stab at a 7.62mm Intermediate Combat Service Rifle, the NGSW program hasn't been without drama. Several companies, including General Dynamics, Sig Sauer, and Textron Systems, received separate Army contracts in July 2018. When the draft PON notice dropped the following October, some military observers suspected that the service was rebooting the program entirely, a suspicion the Army denied.

“This [October draft NGSW PON] does not impact the six contracts awarded to the five contractors on June 25, 2018,” Army Contracting Command told The Firearm Blog. “The new NGSW PON will not replace the Next Generation Squad Automatic Rifle (NGSAR) system demonstrator awards.”

Translation: the Army is casting a wide net for its next rifle.

And with good reason! Indeed, the Army bailed on the ICSR program and even declined to follow the Marine Corps' lead on adopting the M27 Infantry Automatic Weapons for a simple reason: It wants to engineer its own unique, effective rifle to accompany soldiers downrange for the foreseeable future, an effort that's likely getting a lot of input from the Close Combat Lethality Task Force that is currently rethinking infantry combat.

But that doesn't mean that the Army can't start testing those prototypes now: PEO Soldier chief Brig. Gen. Anthony Potts told Military Times that the NGSW-AR should end up in soldiers' hands on the firing line for testing by summer 2019.

SEE ALSO: The Army Wants To Try Out Next-Generation Rifle Prototypes Sooner Than You Think