No, the Marine Corps is not replacing the M27 with the Army’s next-generation squad weapon after all 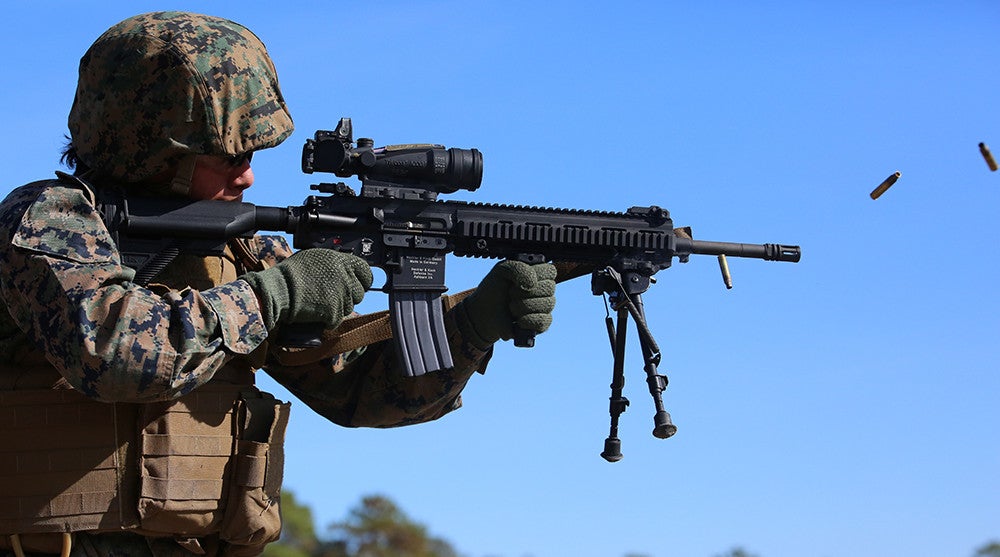 The Marine Corps is walking back an earlier statement that it plans to partner with the Army to replace the M27 Infantry Assault Rifle with the Next Generation Squad Weapon.

A May 19 news release that stated the Next Generation Squad Weapon system would “replace the M27 and become the primary individual weapon for infantry units” was incorrect, said Monique Randolph, a spokeswoman for Marine Corps Systems Command.

“The Corps has not made a decision at this time to procure either variant of the NGSW,” Randolph told Task & Purpose on Tuesday. “The Marine Corps will continue to participate in and assess NGSW solutions for maturity, suitability and affordability to meet our operational requirements in order to inform a decision on if and when to begin procurement of these improved capabilities.”

MARCORSYSCOM will update the language on its website about the Next Generation Squad Weapon to clear up any confusion, Randolph said.

The Marine Corps will continue to use the M27 for the foreseeable future, Corps officials said in a statement.

Since the M27 made its combat debut in Afghanistan back in 2011, the Marine Corps has committed to purchasing 14,000 rifles. The IAR was initially meant to replace the M249 squad automatic weapon, but that never fully happened.

Back in 2017, then-Commandant Gen. Robert Neller was looking into having the M27 replace the M4 carbine for most infantry Marines in rifle squads. However, one drawback of the M27 is that it each rifle costs three times as much as an M4.

Meanwhile, the Army is in the final phase of testing for the 6.8mm Next Generation Squad Weapon, which is intended to replace both the M4 carbine and the M249. The 6.8mm round is meant to provide soldiers with more range and minimum recoil.

Three companies have submitted prototypes for the weapon, which could be fielded starting in fiscal 2023.