If the Army's Next Generation Squad Weapon program is supposed to produce the iPhone of lethality, then the service is looking for as many killer apps as possible 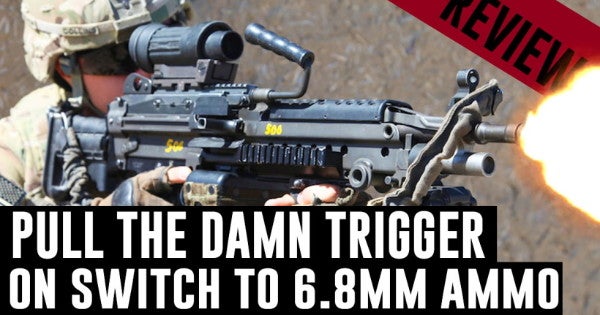 If the Army's Next Generation Squad Weapon program is supposed to produce the iPhone of lethality, then the service is looking for as many killer apps as possible.

Two weeks after selecting three defense contractors to furnish the Army with prototypes for the NGSW, the service on Tuesday issued a sources sought notice for an NGSW Innovative Designs & Engineering Assessment (IDEA) Program to identify “new, innovative, enabling technologies” for the weapon, fire-control system, and specialized 6.8mm ammo.

“These technologies will be used for experimentation, technical evaluation, and/or assessment of operational utility focused on enhancing system performance, sustainment, and/or training,” the notice reads. “This information will advise/inform future NGSW requirements and may compliment or be integrated into existing programs such as the NGSW weapons, ammunition, and fire control.”

The NGSW program, initiated to a “one end-all solution” replacement for the M4 carbine and M249 SAW replacements, has incorporated numerous next-generation technologies since its inception, from facial-recognition and automatic targeting fire control tech to upgraded software and hardware for the standard-issue Picatinny rail.

But now that Army planners actually have a handful of prototypes to play with, the IDEA program fits nicely with the vision of the NGSW as the small arms equivalent of the uber-customizable iPhone, a concept that Col. Elliott Caggins, project manager for soldier weapons, described to Task & Purpose in February 2019

“Imagine that Steve Jobs and his engineers were trying to convert the iPod Touch to the first 3G iPhone,” Caggins said at the time. “There were a thousand technologies they could have put in the first iPhone but they were looking to mature the platform before they could actually go onto the system.”

“We have hundreds of capabilities we can put into this weapons system, but we want to do it by holistically creating a system that that takes advantage of everything we've done in the past,” he added. “This means its capabilities will only grow, just as the iPhone's did.”

According to the sources sought notice, the Army is only accepting new tech concepts for the NGSW through the end of 2019. Army modernization officials previously told Congress recently that the service aims to field the NGSW to soldiers by fall 2021.