“Absolutely no one should be surprised by this." 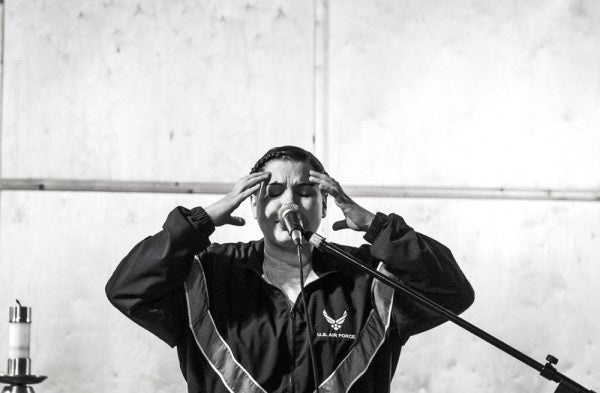 A report showing systemic racism in the Air Force justice system came out on Wednesday, and the service’s own airmen are blasting the report and the subsequent coverup.

The report, produced by the advocacy group Protect our Defenders, says that the Air Force failed to follow through on recommendations to better report on racial disparities in its justice system that were uncovered by a 2017 POD report and a 2019 investigation conducted by the Government Accountability Office.

According to the POD report, the Air Force established a disparity working group to study the issue as far back as 2016, but the group met for only three months and its discoveries were ignored by service leadership. The Air Force then slow-walked and heavily redacted multiple Freedom of Information Act requests made by POD to find out more about the working group, and it was only after three years of legal battles that the branch finally turned over the documents.

Related: The Military Justice System Has A Race Problem, According To DoD Data

“There is nothing in the record establishing any of the recommendations were adopted,” said Judge Vanessa Bryant, who presided over the lawsuit in the U.S. District Court in Connecticut, according to the report.

“Defendants [DoD] have not provided the Court with sufficient information to determine whether the withheld information … is part of any real government decision-making process rather than simply an exercise which went nowhere.”

'Twice as likely to be investigated'

The military-wide disparities uncovered by GAO are startling:

However, the Air Force in particular seemed to come out worse than other branches. For example, the Air Force working group found that the rate per thousand of Black or African American airmen receiving discipline at the E-2 level is double that of other demographics. In fact, POD's 2017 analysis found that the Air Force has the highest racial disparities of any military branch for court-martial and non-judicial punishments.

“Do we have racial disparities in our justice system or not?” the Air Force working group wrote in a PowerPoint slide. “Yes—the data reflects a persistent and consistent racial disparity.”

A talking paper produced by the Air Force also showed “persistently higher court martial and non-judicial punishment (Article 15) rates per thousand for Blacks than Whites or Others,” though the paper did not specify how much higher those rates were.

“If this were the case for Airmen that were female, versus male, we were [sic] would have concerns about what is making the difference, and investigate,” wrote the working group in a PowerPoint slide. “we clearly must address this disparity in the same way.”

For example, the U.S. District Court in Connecticut ruled that the Air Force improperly limited its record search to four of the 19 working group members, and needlessly redacted the records it did provide. DoD made a motion to reconsider the judge's prior ruling, arguing that the documents were pre-decisional and thus could not be turned over. But the court struck it down hard.

“The issue remains Defendants failure to provide the Court with sufficient information to determine whether the withheld information in the Talking Paper was part of any real governmental decision making process in the first instance,” the court said.

Col. Don Christensen (ret.), former Chief Prosecutor of the United States Air Force and president of POD, said the whole affair has been a disappointing show for his former service.

“It’s extremely troubling to see that the Air Force is wasting valuable resources that could have been used to address staggering racial disparities in military justice on keeping the public and the press in the dark,” wrote Rep. Jackie Speier (D-CA), chair of the House Armed Services Committee, in a statement about the report. “I intend to hold a hearing at the earliest opportunity. We cannot stand idly by as our service members in all branches are subjected to injustice and discrimination that should be a footnote in our history, not a modern day scandal.”

Despite the heat, an Air Force spokeswoman said the service is making moves to improve how it handles racial disparities.

“Part of what makes our Airmen and Space professionals great is who they are – their diversity,” wrote Ann Stefanek, chief of Air Force media operations, in a statement. “While we have taken steps to elevate unconscious bias training at all levels of our command structure, we have more work to do to identify and remove barriers that stand in the way of our people’s success.”

The Air Force enacted a range of initiatives in 2017 at commander, first sergeant and leadership forums to “elevate unconscious bias awareness and mitigate its impacts,” Stefanek said. Those discussions are facilitated at squadron commander courses, the Air Force’s First Sergeant Academy, and officer and enlisted professional military education, she explained. The branch also directed unconscious bias training for first line supervisors and mentorship programs for young Airmen, she said.

“The main area of contention in the FOIA lawsuit involved the information developed as part of the Air Force’s deliberative process in understanding, evaluating and addressing the source of any disparity,” Stefanek said.

'What are we going to do about it?'

Despite all that, it seems many airmen still feel mistreated because of their race.

“We don’t need you to admit it, it’s evident each and every day, sad but true,” wrote one airman on Facebook. His comment got 238 reactions on Facebook, mostly 'likes' and 'hearts.'

“Who is shocked by this?” wrote another, earning 53 likes and hearts.

“The Air Force (and our society) has made incredible progress over the years, but we often stagnate at indifference once we get past active discrimination but before we get to acceptance and inclusion,” wrote one Reddit user. “Getting past these hangups takes more than a check box sensitivity training, it takes time, exposure, education, and understanding that many people struggle with accepting.”

“I completely agree with you,” replied another. “And how do you even point out racial disparity when everything’s on the up and up.”

There was one question that kept coming up in social media comments: what happens next?

“Great, we have admitted it,” wrote one Facebook user, “now what are we going to do about it?”