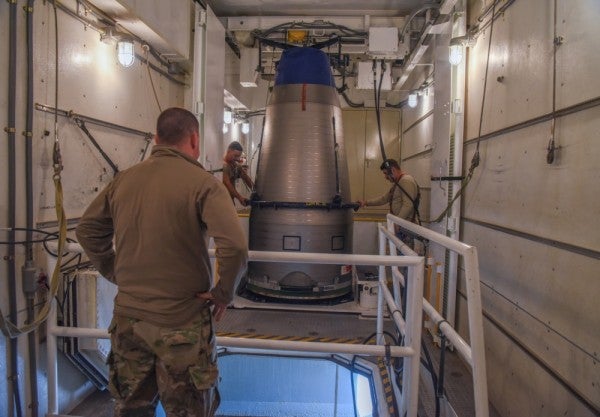 An Air Force Captain was docked pay and received a reprimand after a random urinalysis found more than four times the cut-off level of THC in his urine.

According to a crime log produced by the F.E. Warren Air Force Base legal office, the anonymous officer was consuming CBD almost every way you can think of:

“The Capt admitted to using a vaping device containing CBD oil, eating CBD infused gummies and cooking with CBD infused flour,” according to the blotter, which was shared on the popular Facebook page Air Force amn/nco/snco.

The base commander determined that the captain violated article 92 of the Uniform Code of Military Justice. His punishment was to forfeit $2,923 in pay for two months and a reprimand, the log said.

But the captain wasn't the only one written up in the crime log. A technical sergeant was also punished for “using a vaping device while on duty as an instructor in an area where smoking or vaping is strictly prohibited in front of subordinate Airmen,” according to the log.

While vaping is legal on base, it is prohibited in certain areas, explained Lt. Jonathan Carkhuff, a spokesman for F.E. Warren AFB. It was also important that the airman did it in front of subordinate airmen, he said.

“It matters that the Technical Sergeant was the lead instructor at the time and he was violating the standards by vaping in front of the subordinate airmen in the training area rather than walking outside to the smoking area,” Carkhuff told Task & Purpose.

As punishment, the airman was reprimanded, and he might be demoted one rank to staff sergeant if he commits another form of misconduct in the next six months, Carkhuff explained.

The crime log took heat from some Facebook commenters for not punishing the captain more severely. While vaping is legal outside of prohibited areas, the Air Force has a zero tolerance policy towards CBD products, which the branch considers an illicit drug.

Illicit drug use “automatically places the member’s continued service in jeopardy; can lead to criminal prosecution resulting in a punitive discharge or administrative actions, including separation or discharge under other than honorable conditions,” according to Air Force rules.

“Here is another example of how officers get away with murder compared to enlisted,” wrote the airman who sent the crime log to Air Force amn/nco/snco.

“The drug person needs to get the boot,” wrote one commenter. “That’s what they do to enlisted.”

However, Carkhuff said the captain had received the maximum forfeiture of pay. In contrast, the punishment of the technical sergeant will only take effect if he commits additional misconduct in the next six months.

“The captain was held more accountable because he’s an officer, so obviously our responsibility is to be setting the example for those we lead,” Carkhuff said.

“Every case is evaluated based on the facts and circumstances of the misconduct and the airmen who committed the misconduct,” he explained.

“The captain will lose almost 6k for 2 months and their career is now over (ART15 is effectively a death sentence),” wrote one commenter, referring to Article 15 of UCMJ. Also known as Non-Judicial Punishment, Article 15 allows for commanders to judge and punish offenders of lesser crimes, rather than go through a lengthy court-martial process.

“There may be examples of inequality in officer vs enlisted punishment but this isn't it,” the commenter added.

No matter what your views are on the crimes and punishments of these airmen, there’s one part of the blotter we can all scratch our heads over: why was it written in Comic Sans?

“That font alone is crime enough.” wrote one Facebook commenter. “Who in their right mind finds it appropriate to use an infantile and unprofessional font like Comic Sans for official base-wide correspondence?”

Carkhuff explained that the font “was simply the stylistic choice of the staff judge advocate” on base.