An airman who went missing last month allegedly refused to surrender his personal firearms after he was confronted about a threatening email he’d sent to his chain of command. 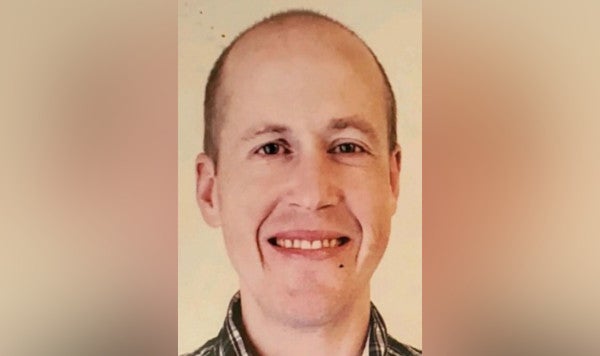 An airman who went missing outside Dyess Air Force Base last month allegedly refused to surrender his personal firearms after he was confronted about a threatening email sent to his chain of command, according to a criminal complaint filed on April 24.

Erland Injerd, 37, has been charged with assaulting a federal agent after a fight broke out between him and three members of Dyess security forces when they visited his home on April 22. According to a complaint filed with the U.S. District Court for the Northern District of Texas, Injerd refused a lawful order when he declined to turn over his weapons.

The airman also refused to turn around and put his hands behind his back when he was told, according to the complaint. Instead, Injerd struck Breed in the face, and all four of them ended up on the ground as the security forces tried to detain him.

“Injerd intentionally poked his finger in Officer Breed’s right eye and struck SMSgt Jett in the knee,” Means wrote. “SMSgt. Jett recently had knee surgery and Injerd was aware of this.”

Injerd’s wife then opened the front door to their home, and the airman retreated into the house, shut the door, broke a back window, crawled out, scaled the base perimeter face and escaped into the woods, Means wrote.

A Dyess spokeswoman told Task & Purpose that the FBI is now leading the investigation alongside the U.S. Marshal’s Service and Air Force Office of Special Investigations. A warrant is out for his arrest.

“The search will continue, regardless of time elapsed, until he is located,” said Capt. Meredith Mulvihill, chief of public affairs for the 7th Bomb Wing. “Dyess Security Forces will also continue to have an increased presence in base housing and across the installation until the situation is resolved.”

According to Stars & Stripes, Injerd is a senior airman and weather forecaster at Dyess. Col. Ed Sumangil, commander of the 7th Bomb Wing, said on April 24 that he did not believe Injerd posed “a specific threat” to the Dyess community.

“But just in case, we have increased our security forces presence throughout the base,” he said on Facebook. “We will especially remain active in base housing.”

Airmen and their families were advised to continue their normal outdoor activities, but to remain observant and to keep a close eye on their kids.

Dyess last described Injerd as a white male with short/shaved brown hair, approximately 5'8”, last seen wearing a long sleeve black shirt with blue jeans. Sumangil advised the community to contact the Dyess law enforcement desk, (325-696-2131), or the Dyess command post (325-696-1921) if they spotted Injerd on base, or the Abilene police department (325-673-8311 or 911) if they spotted him off base.