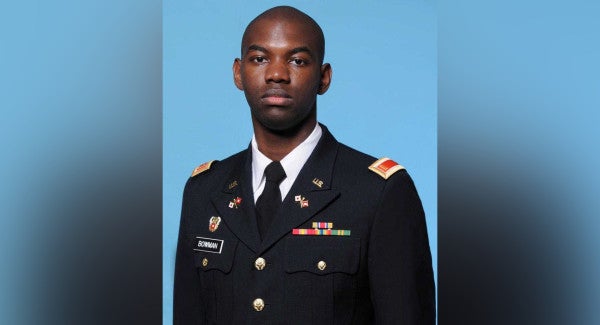 The Defense Department has identified a soldier who died in a non-combat incident at Bagram Airfield, Afghanistan on Tuesday.

The incident is currently under investigation. No other details were available other than that the Bowman was supporting Operation Freedom’s Sentinel.

“It is with heavy hearts and deepest condolences that we announce the passing of 1LT Trevarius Bowman,” wrote Maj. Gen. Van McCarty, the adjutant general for the South Carolina Army National Guard, in a tweet on Thursday. “This is never an outcome we as Soldiers, leaders, and Family members wish to experience.”

“Please keep the service members in his unit in your thoughts and prayers, as well as his Family, as they work through this difficult time,” he added.