A National Guardsman allegedly impersonated a police officer. Then he pulled over an off-duty cop

A private first class in the Army National Guard allegedly impersonated a police officer and then followed one bad decision with an even worse one, when pulled over an actual cop. 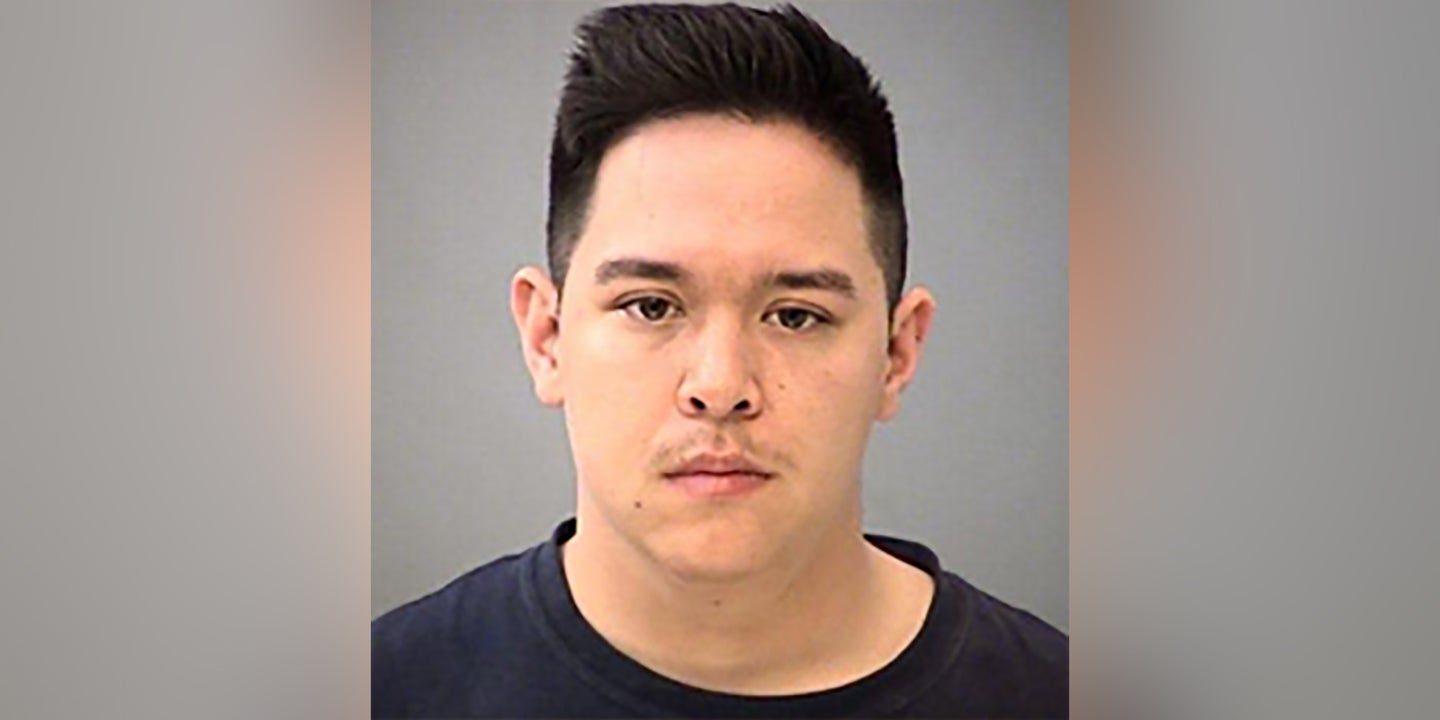 A private first class in the Army National Guard allegedly impersonated a police officer and then followed one bad decision with an even worse one: pulling over an actual cop.

Phillipp Espique was driving through Southport, Indiana, near Indianapolis, in his white Ford Taurus, when he sped alongside a local off-duty lieutenant on March 1 and turned on a siren in attempt to get the vehicle to pull over, according to a statement from the Southport Police Department.

After the officer refused to pull over, Espique sped up and cut in front of his vehicle while he was in a left turn lane. Espique then exited the car, with a gun in his belt, to confront the officer — who was driving with his family.

The off-duty lieutenant did not identify himself as a police officer, however he did radio over to the department and called for other officers to come to the scene as he relayed Espique's plate number.

Espique fled the scene before they arrived, but was arrested on April 21. He is charged with impersonating an officer, intimidation, criminal confinement, and reckless driving.

The New York Post reported on Thursday that Espique is a member of the Indiana National Guard.

This isn't the first time he's been in the news, though the last time it was considerably more positive. In 2018 Espique was the focus of a local news story after he and another man rendered first aid to a woman suffering from an asthma attack on the highway.

Based on information the Southport Police Department gathered during their investigation, detectives said they believe that Espique may have pulled over other vehicles in the area, according to the department's statement.