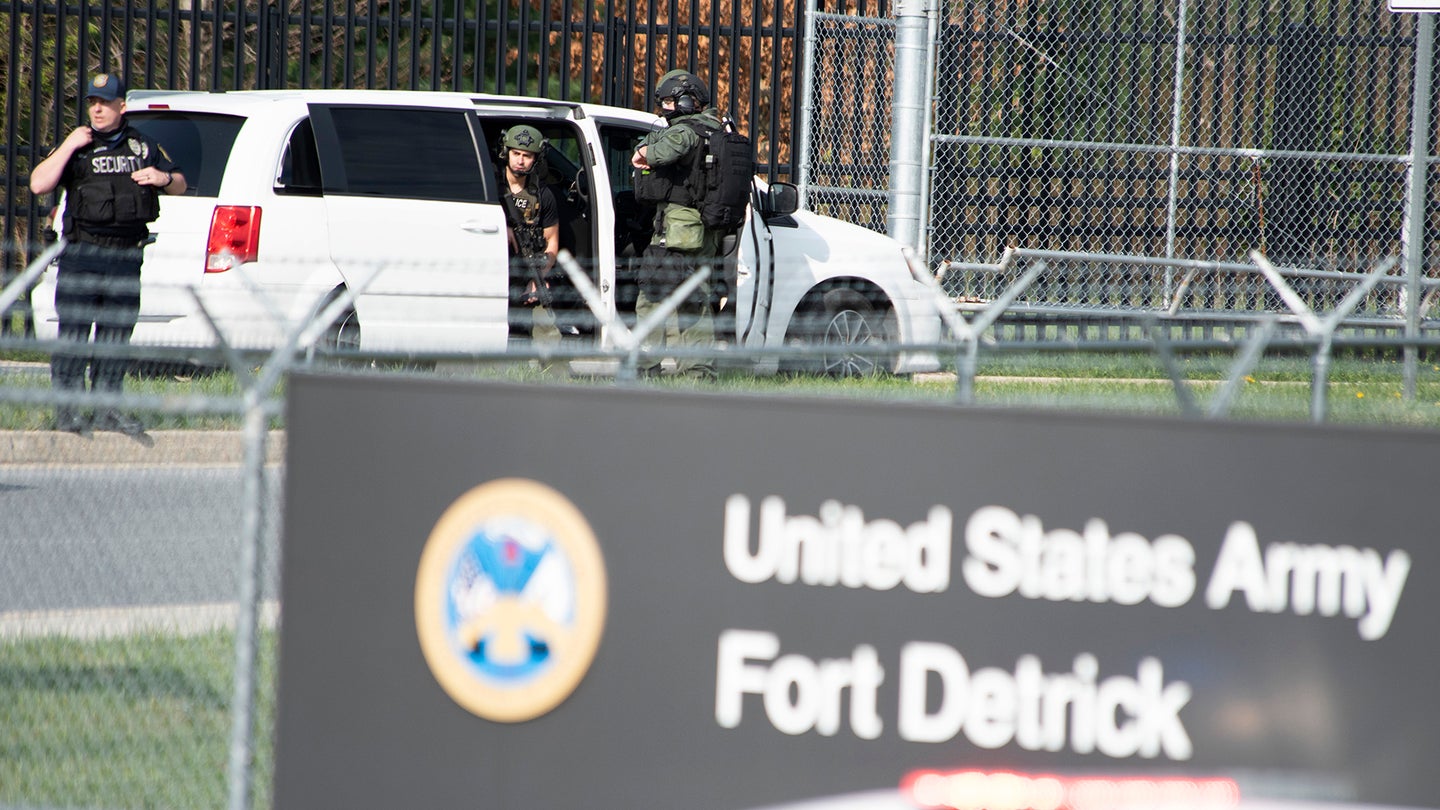 Members of the Frederick Police Department Special Response Team prepare to enter Fort Detrick at the Nallin Farm Gate in a convoy of vans and sedans, following a shooting in the Riverside Tech Park, near the Royal Farms on Monocacy Boulevard, Tuesday morning, April 6, 2021, in northeast Frederick, Md. Authorities say a Navy medic shot and critically wounded two people at a Maryland business park before fleeing to the Fort Detrick Army base, where he was shot and killed.
SHARE

The hospital corpsman who was killed at Fort Detrick, Maryland, on Tuesday after he allegedly shot two other sailors near the base had an unremarkable career in the Navy, according to his military record.

Fantahun Girma Woldesenbet, originally from Virginia, enlisted in the Navy in September 2012 and had served as a petty officer third class, or E-4, since June 2017, his Navy biography says.

Woldesenbet had been assigned to the Naval Medical Research Center at Fort Detrick since August 2019, according to his official record, which the Navy provided to Task & Purpose.

Before then, he served at Fort Sam Houston, Texas; Camp Lejeune, North Carolina; and elsewhere, his record says.

For much of his time in the Navy, Woldesenbet was going through training. He was listed as a student while at four of his eight assignments after completing recruit training.

Most recently, he was a student at Fort Sam Houston and the Navy Medicine Training Support Center in Portsmouth, Virginia, before arriving at Fort Detrick.

His record does not indicate that he went on any combat deployments or received any significant personal awards.

Police have not said what Woldesenbet’s motive was for allegedly shooting the two other sailors off-base on Tuesday morning before driving to Fort Detrick.

Once he arrived at Fort Detrick, police officers tried to pull him over, but he sped through the gate and drove about a quarter mile onto the post, said Army Brig. Gen. Michael Talley, head of the U.S. Army Medical Research and Development Command.

“He was pursued immediately by the Fort Detrick quick reaction force,” Talley told reporters on Tuesday. “They were able to stop him in a parking lot. He then brandished a weapon and our police department was able to neutralize the subject.”

Feature image: Members of the Frederick Police Department Special Response Team prepare to enter Fort Detrick at the Nallin Farm Gate in a convoy of vans and sedans, following a shooting in the Riverside Tech Park, near the Royal Farms on Monocacy Boulevard, Tuesday morning, April 6, 2021, in northeast Frederick, Md. (Graham Cullen/The Frederick News-Post via AP)