A longtime employee of the White House Personnel Security Office told Congress last month that at least 25 high-level security clearances were granted to people working in the White House despite "serious disqualifying issues" that resulted in their applications being denied. 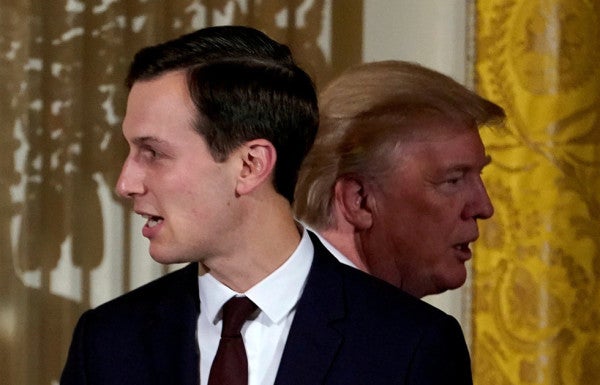 A longtime employee of the White House Personnel Security Office told Congress last month that at least 25 high-level security clearances were granted to people working in the White House despite “serious disqualifying issues” that resulted in their applications being denied.

Tricia Newbold, an 18-year employee of the security office who served under Republican and Democratic administrations, told the House Oversight and Reform Committee on March 23 that some of her office's denials of clearances were later overruled amid concerns of “foreign influence, conflicts of interest, concerning personal conduct, financial problems, drug use, and criminal conduct,” according to Politico.

The White House did not immediately respond to a request for comment from Task & Purpose.

Newbold kept a list of some 25 officials she said were granted clearances over the security office's objections. The list has not yet been made public.

From The New York Times:

There is nothing barring the president or his designees from overturning the assessments of career officials. But Ms. Newbold sought to portray the decisions as unusual and frequent, and, in any case, irregular compared to the processes usually followed by her office to mitigate security risks.

“Once we adjudicate it, the president absolutely has the right to override and still grant the clearance, but we owe it to the president and the American people to do what is expected of us, and our job is to adjudicate national security adjudications regardless of influence,” she told the committee, according to the staff's memo.

“I would not be doing a service to myself, my country, or my children if I sat back knowing that the issues that we have could impact national security,” Newbold told the committee, according to The Washington Post.

In January, NBC News reported that Jared Kushner, the president's son-in-law, was granted a security clearance after being “rejected by two career White House security specialists after an FBI background check raised concerns about foreign influence on him.”

Kushner, according to NBC, was one of “at least 30 cases” in which Carl Kline, the director of the White House's security office, overruled his subordinates and granted clearances. In his case, Trump personally directed his then-chief of staff John Kelly to give him a top-secret clearance, a request that made him “so uncomfortable that he documented the request in writing,” according to The Washington Post.