A Russian court has convicted a former military officer of fighting alongside Islamic State (IS) militants in Syria and sentenced him to 19 years in prison. 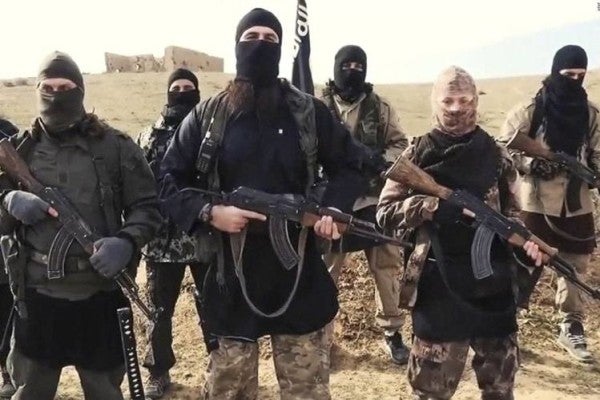 A Russian court has convicted a former military officer of fighting alongside Islamic State (IS) militants in Syria and sentenced him to 19 years in prison.

Denis Khisamov was found guilty and sentenced on April 2 by the North Caucasus District Military Court in the southern city of Rostov-on-Don.

He was convicted of participation in the activities of a terrorist organization and receiving training to carry out terrorist acts.

Investigators said that Khisamov, who retired from military service in 2009, confessed to taking part in 10 IS battles in Syria in 2015-16 in which about eight people were killed and 13 wounded in those operations.

They said Khisamov confessed that he underwent training for IS recruits in Raqqa, Syria, joined an IS cell consisting of 300 members, and killed four people while fighting alongside IS.

The prosecution also said that in December 2016 he moved to Turkey and robbed currency-exchange offices there, stealing some $230,000 that he later channeled to an IS member for use in Syria.

There was no way to independently verify the findings of the investigators or the court.

The court stripped Khisamov of his rank — reserve captain — and ruled that he will be under parole-like monitoring for one year after finishing his prison term.

Khisamov was arrested in Turkey in April 2017. He was initially deported to Tajikistan because he had a forged Tajik passport, authorities said, but was later handed to Russia.

Russia has given Syrian President Bashar al-Assad's government crucial military backing throughout the eight-year war in Syria. Government forces have fought against both IS and rebel groups seeking to oust Assad.

SEE ALSO: The Anatomy Of A Bullsh*t SAS Sniper Story