He was apparently selling gear to a military surplus store. 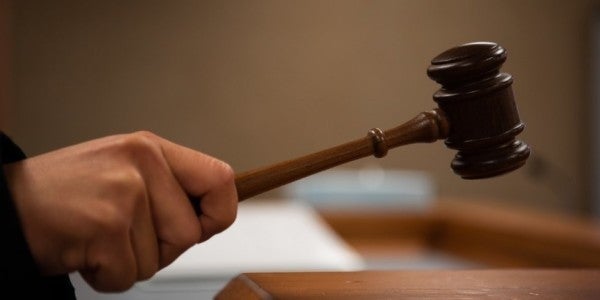 A soldier formerly stationed at Fort Bragg, North Carolina, was indicted on Tuesday for allegedly stealing a shit-ton of military gear.

Bryan Craig Allen, formerly a property book officer and chief warrant officer with the 4th Battalion, 3rd Special Forces Group according to the Associated Press, allegedly stole over $2 million worth of equipment over two and a half years, including 43 enhanced night vision goggles, according to the indictment.

The 34-year-old was charged with theft of military property, conspiracy and aggravated identity theft.

The News & Observer reports that Defense Department police requires those goggles to now be destroyed. He sold them to a Fayetteville, North Carolina, military surplus store from December 2016 to July 2018, the AP reported, citing court documents.

If convicted, he could face up to 19 years behind bars and up to three years of supervised release. Per the AP, three other men were also charged, and others could still be charged down the line.

It's unclear if Allen and the others charged were preparing to use some of the stolen gear to storm Area 51.