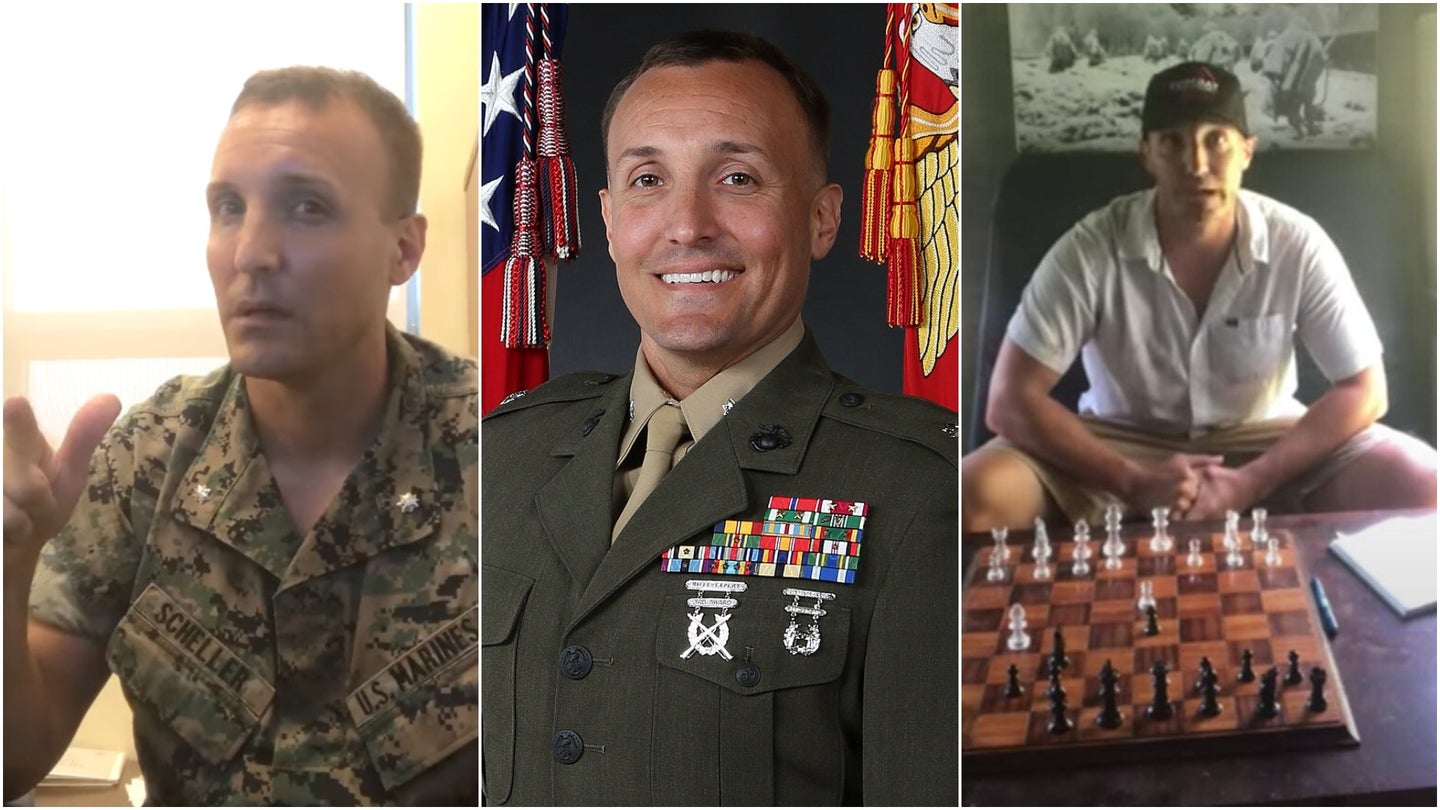 Lt. Col. Stuart Scheller was released from the brig on Tuesday in the latest turn of events for the Marine officer since he publicly demanded in August that senior leaders be held accountable for their failures in Afghanistan.

Scheller was released “as the result of a mutual agreement between Lt. Col. Scheller, his defense counsel, and the commanding general, Training Command,” Marine Corps spokesman Maj. Jim Stenger announced in a terse statement. No information about the agreement was publicly available on Tuesday, Stenger said.

The Marine Corps has also not released the charge sheet for Scheller, but a Corps spokesman has told Task & Purpose that Scheller is accused of wilfully disobeying a superior commissioned officer, failure to obey an order, conduct unbecoming an officer and a gentleman, and showing contempt toward officials.

On Aug. 26, the day that a suicide bomber struck Hamid Karzai Internal Airport’s Abbey Gate, killing 13 U.S. service members, Scheller posted a video on social media that the chaotic and violent end to the Afghanistan war was the result of mistakes made by senior military leaders, who he accused of failing to own up to their failures.

The next day, Scheller announced that he had been relieved as the battalion commander for the Advanced Infantry Training Battalion at School of Infantry East at Camp Lejeune, North Carolina.

Since posting his first video, Scheller has gone on a spree of social media postings that have at times bordered on unhinged. Those videos and statements have run the gamut from Scheller vowing to resign his commission and proclaiming,  “Follow me and we will bring the whole f—king system down” to pledging to file charges against Marine Gen. Kenneth McKenzie Jr., head of U.S. Central Command, over allegations that he was guilty of “dereliction of duty.”

On Sept. 27, Scheller’s father Stu Scheller Sr. told Task & Purpose that his son had been taken into custody for violating a gag order imposed by his command.

“All our son did is ask the questions that everybody was asking themselves, but they were too scared to speak out loud,” Scheller Sr. said. “He was asking for accountability. In fact, I think he even asked for an apology that we made mistakes, but they couldn’t do that, which is mind-blowing.”

UPDATE: This story was updated on Oct. 5 after Scheller’s civilian attorney Brian Ferguson declined to comment.