Beloved basketball legend Kobe Bryant, his daughter, and seven other people were killed in a helicopter crash in Calabasas, California on Sunday 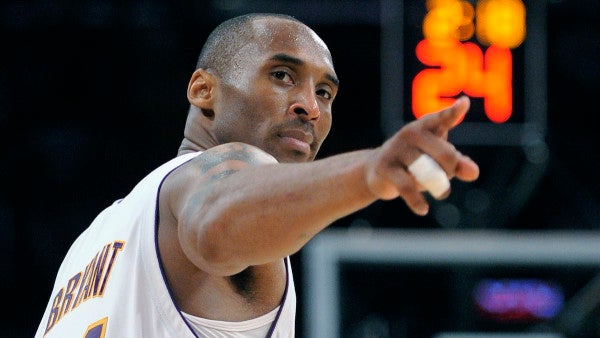 On Monday, Evans sparked a social media backlash by stating that while “lots of people are mourning a basketball player this morning” — a clear reference to Bryant, whose death prompted thousands to rally around
impromptu memorials on Sunday —”I think I'll use my energy to remember SPC Moore and his Family.”

The implication — that, somehow, human beings can only mourn one tragic death at a time and you'd
better pick a service member over “a basketball player” — did not sit well with plenty of veterans on Twitter.

“We're struggling with a civil-military divide already that is directly affecting your ability to recruit from this generation,” wrote Army vet Fred Wellman on Twitter. “If you don't understand the need for people to express sorrow at any death than you have no place leading my kids.”

“Grief is not comparable and each loss is significant,”
wrote Marine vet Joe Plenzler. “Why diminish one to elevate another? That seems awfully petty to me and incongruent with Army values.”

Evans recognized the shit-storm he touched off and attempted to better explain his comments in a pair of follow-uptweets and response to an inquiry from to Task & Purpose.

“United States Army Cadet Command sends it thoughts of comfort and condolences to all the grieving families,” Evans told Task & Purpose. “As we mourn the losses of a basketball legend and of a Soldier who paid the ultimate sacrifice while serving this great Nation. We believe everybody's life has value and that all loss of life tragic. There was no disrespect meant towards the families of the nine that were lost.”

“Everybody's life has value,” he added. “Since we tend to connect to celebrities more, we have a tendency to forget about others who are just as important.”

To be fair to Evans, it's certainly true that the deaths of U.S. service members overseas don't often get the national recognition they deserve beyond the standard-write ups in publications like Task & Purpose and more detailed memorial coverage in local papers. Indeed, after 18 years of war, the American public has in some ways turned a blind eye to the ongoing U.S. military campaign in Afghanistan. It's frustrating, and that frustration is understandable.

But at the same time, dismissing the death of a popular icon like Kobe Bryant as Evans did doesn't just inaccurately reduce grief and mourning to a zero-sum game, but it implies that Bryant's death is inherently less important than that of a service member and therefore not worth the expenditure of scarce “energy” — a message that only helps perpetuate the civil-military divide that service members, veterans and civilians should all be working together to dismantle.

Know this: You can mourn both Antonio Moore and Kobe Bryant without somehow disrespecting both, and to imply otherwise telegraphs not just a lack of empathy, but a lack of civic imagination.

Evans, in his primary role as steward of the next generation of Army leaders, should know that better than anyone.