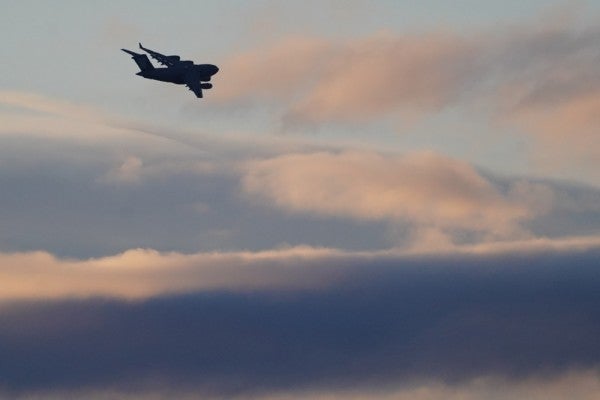 “The loss of Tech. Sgt. Southard is devastating,” said Col. Patricia Csànk, Joint Base Commander. “My deepest condolences and prayers are with Tech. Sgt. Southard's wife and family, and his fellow Airmen. This is a tragedy for our entire team.”

According to a dispatch from the Alaska State Police, state troopers responded to a domestic disturbance report at a house in Palmer, Alaska at about 2:30 a.m. on Thursday. When troopers got there, a woman with what appeared to be non-life threatening injuries and two children left the house, the dispatch said. The woman told police that Southard was in the garage armed with a shotgun.

Police shot Southard at around 2:50 a.m., according to the dispatch. Despite efforts by first responders to save him, Southard died shortly afterwards at a local hospital. The incident is under investigation by the Alaska State Troopers' General Investigative Unit.

Southard's neighbor said the airman was a very polite man, according to the local news station, KTUU.

“It doesn't make any sense,” the anonymous neighbor was reported as saying. “He was always very aware and respectful to his neighbors. He was a gentleman.”