A man awaiting trial on charges of stealing almost $17,000 from an American Legion post in Scranton now stands accused of a different kind of theft 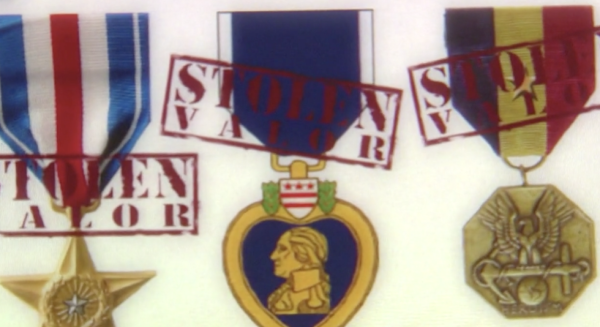 A man awaiting trial on charges of stealing almost $17,000 from an American Legion post in Scranton now stands accused of a different kind of theft.

The Lackawanna County district attorney's office filed stolen valor charges Friday against Christopher Crawford, 31, accusing the West Scranton man of misrepresenting his military service and his status as a veteran.

Although Crawford portrayed himself to American Legion officers and others as a combat veteran, including displaying a Combat Infantry Badge, the Army discharged him under “other than honorable conditions” after he went absent without leave during boot camp in 2007, investigators said.

Crawford was originally arrested last summer and accused of stealing more than $16,700 from American Legion Post 568 in Minooka by using post debit cards to make unauthorized cash withdrawals and purchases between March and August.

At the time, Crawford served as Post 568's executive officer in charge of memberships and recruitment after transferring from a post in Pittsburgh.

District Attorney Mark Powell described the conduct in the case — masquerading as a combat veteran to infiltrate and steal funds from an American Legion post — as “breathtakingly brazen and unprecedented in my almost 30 years of practicing criminal law in Lackawanna County.”

“It's an affront to every veteran who has defended our great nation,” he said.

The district attorney's office obtained Crawford's complete military record after American Legion officials told investigators no documentation could be found in their files to substantiate Crawford's status as a veteran or his eligibility for membership in the organization.

The record indicates Crawford enlisted in the Army in March 2007 but served only two months and 25 days in boot camp before going AWOL from Fort Benning, Georgia, in July 2007, Detective Lisa Bauer wrote in the arrest affidavit. The Army issued a warrant for his arrest the following month.

Crawford surrendered at Fort Drum, New York, in November 2007, and was transferred to Fort Knox, Kentucky, to face possible court-martial. In December 2007, he received a discharge under other than honorable conditions in lieu of a trial by court-martial, the affidavit said.

American Legion officers said Crawford joined Post 568 under the guise of a combat veteran, Bauer wrote in arrest papers. He wore a hat displaying a Combat Infantry Badge, which is awarded only to infantrymen who have engaged in active ground combat, and held himself out to be a veteran of war.

In addition, Crawford declared veterans status on his application to the state Department of Transportation for a nondriver's photo identification card, the affidavit said.

David Eisele, of the county Office of Veterans Affairs, told investigators that, based on the circumstances of his discharge, Crawford is not considered a military veteran and cannot claim veteran status.

Crawford is jailed in Lackawanna County Prison on $95,000 bail.