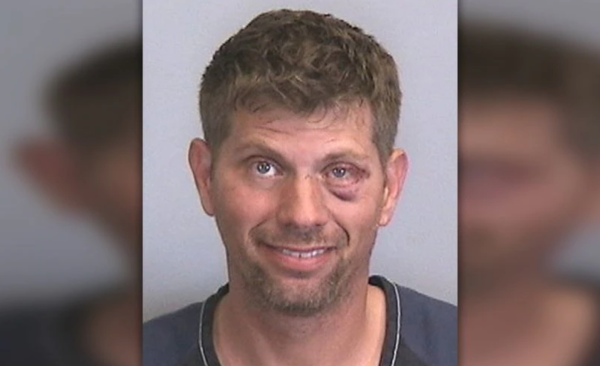 A Texas man is accused of using an electrical cord to hang a veteran's emotional support dog after he was annoyed by her barking at the home he was boarding in rural Florida.

Hunt, a disabled Navy veteran, had his son Ian looking after 6-year-old Midnight so the former could live in an RV.

Ian frantically called his father as the incident took place, and by the time Hunt arrived at the Manatee County property — about 53 miles south of Tampa — Midnight was dead, according to WFLA.

After being hanged in Ian's chicken coop, the dog's remains were found in the back compartment of the Hunt family's boat.

Hunt told the outlet that Edwards had been staying with Ian for no more than a week at the time of the incident and though he drank a lot, but it wasn't an issue.

After killing Midnight, an incident report says that Edwards also punched Ian in the face “numerous times,” resulting in bruises, when the man went to find out what was going on, WaPo reports.

Edwards was arrested and charged with torture inflicting pain and serious injury resulting in death of an animal; child abuse without great bodily harm; battery by touching or striking; and contributing to the delinquency of a minor. He's in custody on $62,000 bond.

“We have no idea what brings him to that point,” Randy Warren, a spokesman for the sheriff's office told The Washington Post.

“I hope and pray that she was able to think of us who loved her and not that piece of scum,” Hunt told the outlet of Midnight's final moments, noting he plans to be present at every one of Edwards' court hearings.