The shooter has been neutralized. 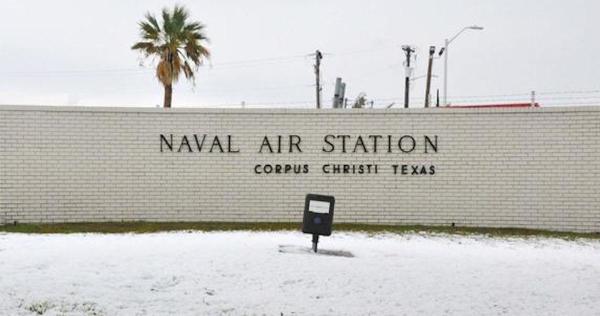 An active shooter at Naval Air Station Corpus Christi, Texas, on Thursday morning has been “neutralized,” the Navy announced on Thursday.

One security forces member was injured in the incident.

“The sailor is in good condition and is expected to be released later today,” the Navy said in a statement.

The incident began around 6:15 a.m., a Navy news release says. All gates to the base remain closed.

The Naval Criminal Investigative Service is en route to the installation and local law enforcement is currently on the scene, the news release says.

No further information about the circumstances of the shooting was immediately available.

Earlier on Thursday, NAS Corpus Christi public affairs officials wrote on Facebook that an active shooter has been observed near the base's North Gate.

This is the third major security incident to strike base in the last year.

In December, an armed man was taken into custody following a brief lockdown after the suspect was observed on base.

The previous October, another man was taken into custody after ramming his truck into a barricade at the station, an incident which also prompted a brief lockdown.

Read the Navy's full statement below:

The shooter has been neutralized. One Security Force member is injured.

All gates on the installation remain closed while first responders process the scene.

NCIS is en route, and state and local law enforcement are on scene.

More information will be provided as it becomes available.