3 injured at Pearl Harbor naval base after active shooter incident

The U.S. Navy base in Pearl Harbor, Hawaii was placed on lockdown Wednesday after security forces were called to respond... 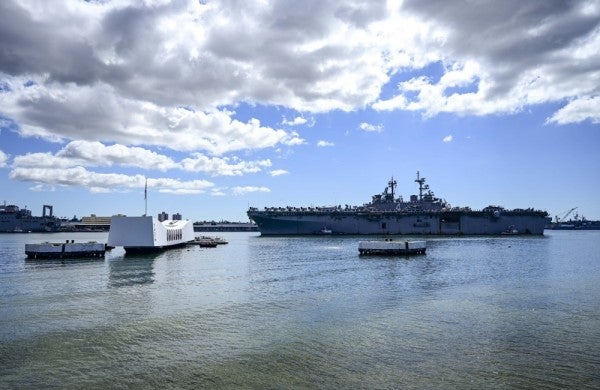 The U.S. Navy base in Pearl Harbor, Hawaii was placed on lockdown Wednesday after security forces were called to respond to an active shooter situation, Navy officials said.

The incident occurred at approximately 2:30 p.m. local time, according to base press release, which said all access gates had been closed.

At the time, a public address system on the base urged personnel to shelter in place.

The shooter, identified only as a male sailor, shot and injured three civilian workers in the vicinity of Dry Dock 2 before turning the gun on himself, according to the base's official Twitter account.

The shooter was confirmed dead.

The lockdown was lifted around 4 p.m., though law enforcement personnel are continuing to investigate.

The names of the victims are being withheld until next of kin have been notified.