"The purpose of this Temporary Liberty Order is to refocus Air Force personnel on our mission here at Misawa." 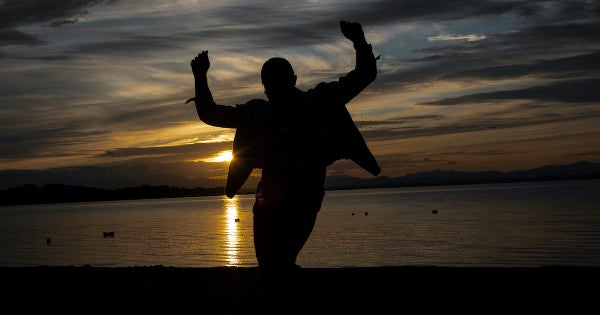 Airmen at Misawa Air Force Base are due to have a very dry February after 35th Fighter Wing commander Col. Kristopher W. Struve issued a curfew on Sunday in response to a wave of alcohol-related incidents in January and December.

According to the Feb. 2 memo written by Struve, which was first posted to the Facebook group Air Force amn/nco/snco, there were five cases of driving under the influence and eight other alcohol-related incidents involving Misawa AFB personnel over the past 60 days.

Such incidents “negatively impact our relationship with the Government of Japan, and our mission readiness,” Struve said in the memo.

Under the new curfew, which lasts until March 2, all Air Force personnel must be either on a military installation, in a private residence, in a hotel room, or on duty between 11:00 p.m. and 5:00 a.m.

All civilian employees and contractors are encouraged to comply with the order, Struve added.

“The purpose of this Temporary Liberty Order is to refocus Air Force personnel on our mission here at Misawa, to safeguard the vital relationship we have with our neighbors … and to bolster and ensure operational and combat readiness,” he wrote.

Lower-ranked service members through Japan are already subject to a 1:00 a.m. to 5:00 a.m. curfew that dates back to October 2012, after two U.S. sailors raped an Okinawan woman, according to Stars & Stripes, and the U.S. military frequently adjusts curfew following incidents involving service members.

The U.S. military isn't exactly popular among many Japanese, who last year resoundingly rejected the construction of a new U.S. military base on the island of Okinawa. Opponents cited environmental concerns, the noise from low-flying aircraft, the dangers of accidents, and crimes committed over the years by service members, the Washington Post reported.

Okinawa is home to about half of the 54,000 U.S. troops stationed in Japan, the Post wrote. According to the Air Force, Misawa Air Base is the northernmost U.S. installation in Japan. The 35th Fighter Wing stationed there operates and maintains two squadrons of F-16C/D Fighting Falcons.