An F-35A fighter with Japan's Air Self Defense Force has gone missing while flying over the Pacific Ocean roughly 84 miles from the Japanese mainland. 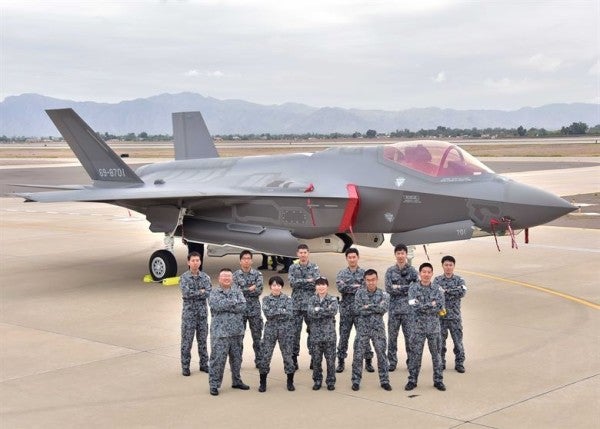 An F-35A fighter with Japan's Air Self Defense Force has crashed while flying over the Pacific Ocean roughly 84 miles from the Japanese mainland.

The single-seat aircraft dropped off radar on Tuesday at about 7:27 p.m. local time, officials told Reuters. A search and rescue operation was subsequently launched, according to NHK.

Rescue teams found wreckage from the plane in the water but have not yet located the pilot, Reuters reported.

Although the cause of the crash is not yet known, this is the second such incident for an F-35.

The first crash, of an F-35B, occurred in South Carolina in September 2018, which led to a temporary grounding of all F-35 aircraft to inspect “suspect fuel tubes” that may have been a factor in that incident.

The loss of an F-35A in Japan comes just days after Tokyo stood up its first operational F-35A squadron on March 29. The JASDF's 302nd Squadron, 3rd Air Wing, reportedly consists of more than a dozen F-35A aircraft, according to The Diplomat.

“The Department of Defense is aware and monitoring the situation in Japan regarding the Japanese Self Defense Force F-35 aircraft,” Pentagon spokesman Army Lt. Col. David Eastburn told Task & Purpose.

Japan has grounded the rest of its F-35 aircraft for now, according to CBS News.