Walter Reed National Medical Center was locked down on Tuesday amid reports of a possible active shooter on the campus,... 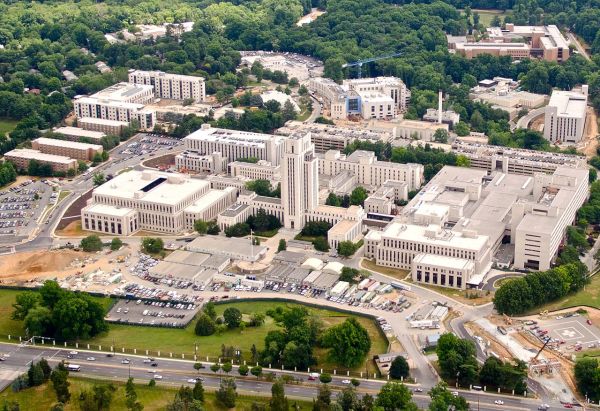 Walter Reed National Medical Center was locked down on Tuesday amid reports of a possible active shooter on the campus, although officials later said the scare was nothing more than an exercise.

The Navy's official Twitter account, for example, said it was an “ad hoc drill by tenant command.”

That claim was news to many people in the area, however. Among them was Rep. Dutch Ruppersberger (D-Md.), who was visiting the facility at the time and tweeted that he was locked down in a conference room with roughly 40 other people.

After the all clear was given, he said, “at no point was there any indication that this was a drill.” Indeed, according to AP, hospital employees heard an announcement over the loudspeaker at the time, “Active shooter, this is not a drill!”

Some people in the vicinity of Walter Reed had received phone alerts at around 2:15 p.m. EST Tuesday telling them an active shooter was in the basement of Building 19 at the base.

“If you are on the installation, go to the nearest available vehicle, structure, or building that provides a measure of protection and lockdown,” the alert said.

Naval Support Activity Bethesda also shared the message, and updated its Facebook page at 2:20 p.m. saying that first responders were on the scene. “Initial reports indicate there are no signs of an active shooter,” it said.

1455, UPDATE: Base security has cleared the basement of Bldg. 19, they are in the process of clearing the rest of the building. No indication so far of an active shooter.

All base gates had been closed, and service members and civilian employees were still on lock down as of 3 p.m. The all clear was given at 3:20 p.m., and the base was reopened at 3:39.

A Pentagon spokeswoman told Task & Purpose during the lock down that it was an exercise. But it's clear there were plenty of people who didn't get the memo.

The active shooter event aboard Naval Support Activity Bethesda today was the result of the improper use of a mass notification system by a tenant command aboard the installation. While preparing for an upcoming drill, the notification system was inadvertently enacted… (1/3)

…without containing the words "EXERCISE" or "DRILL." Individuals who saw the mass notification statement immediately notified NSA Bethesda security, where they responded accordingly and instituted an installation-wide active shooter response. … (2/3)

… On further investigation, they determined that the improper use of the system was the root cause and secured from the active-shooter response. (3/3)