No shots were fired and no injuries were reported, officials said. 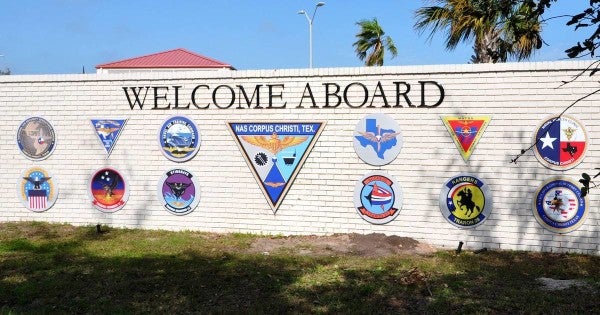 An armed suspect was taken into custody at Naval Air Station Corpus Christi on Wednesday morning after a brief lockdown period, according to the Texas base's Facebook account.

Though the exact nature of the incident is unclear, base officials wrote that no shots were fired and no injuries were reported.

As of 10:30 am, the NAS Corpus Christi Facebook page announced that the lockdown had been lifted and the base gates were opened for normal traffic.

The lockdown came amid heightened security at U.S. military bases following a two high-profile incidents at Navy installations in one week.

On Dec. 6, a shooting at Naval Air Station Pensacola in Florida left three sailors dead. The day before, a sailor killed two civilians and then himself at Joint Base Pearl Harbor-Hickam.

There was also no indication that the incident at NAS Corpus Christi was connected to the NAS Pensacola shooting, the base said.

NAS Corpus Christi had faced at least two similar incidents in the last year, according to Navy Times.

In October, a person who officials said was “possibly armed” somehow made it onto base grounds. In February, security forces shot and killed a man who crashed a stolen SUV through a the base's main gate.

On Facebook, NAS Corpus Christi calls itself “home to Naval pilot training since 1941.”

The station is also home to the Corpus Christi Army Depot, the primary maintenance hub for DoD rotary wing aircraft.