"It's important for both uniformed and civilian Airmen to understand the risk these products pose to their careers." 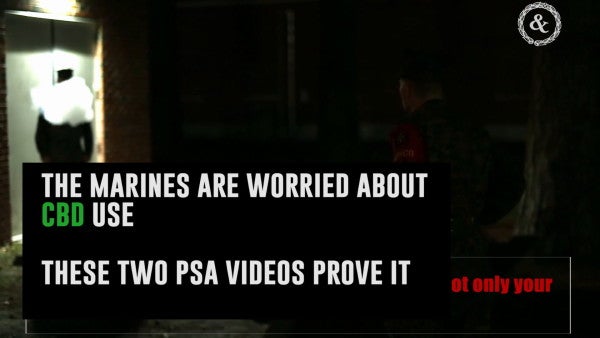 The Air Force is urging airmen to avoid using any products with cannabidiol oil, also known as CBD oil. Why? Because products with CBD oil can make airmen test positive during a urine test for the presence of marijuana, which is still illegal under federal law.

The Air Force announcement comes three months after the Department of Defense reminded service members that CBD use is “completely forbidden.”

Officials with the Navy, Marine Corps and Coast Guard also issued statements declaring that all products derived from hemp or marijuana, including CBD, are banned in the military, even on bases located in states where marijuana use is legal.

Consuming CBD doesn't make you high, according to the Food and Drug Administration, though it has been marketed as a pain reliever and a treatment for anxiety.

CBD products are still unregulated by FDA, so there may be varying levels of THC—the psychoactive component of marijuana—found in them, the Air Force explained.

“It's important for both uniformed and civilian Airmen to understand the risk these products pose to their careers,” said Maj. Jason Gammons, a spokesperson for the Air Force Office of The Judge Advocate General. “Products containing unregulated levels of THC can cause positive drug tests, resulting in the same disciplinary actions as if members had consumed marijuana.”

The Air Force cited a study by a University of Pennsylvania professor showing that, out of 84 CBD products sold online, only 31% of the product labels accurately reflected the product's CBD content, and 21% contained THC, even when product labels advertized zero THC.

According to Air Force policy, illicit drug use automatically places an airman's service in jeopardy, and can lead to criminal prosecution resulting in punitive discharge, separation, or discharge under other than honorable conditions.

Despite the warnings, it's inevitable that some airmen will choose to partake in CBD. They will follow in the footsteps of many other disobedient airmen, like the ones who dropped acid while guarding missile silos in Wyoming. Six of those airmen were convicted at court-martial, while another deserted for Mexico.