Six thousand Air Force staff sergeants in select specialty codes will have a little more time to test for technical sergeant after the Air Force lost a ton of specialty knowledge tests in the mail, the Air Force announced on Thursday 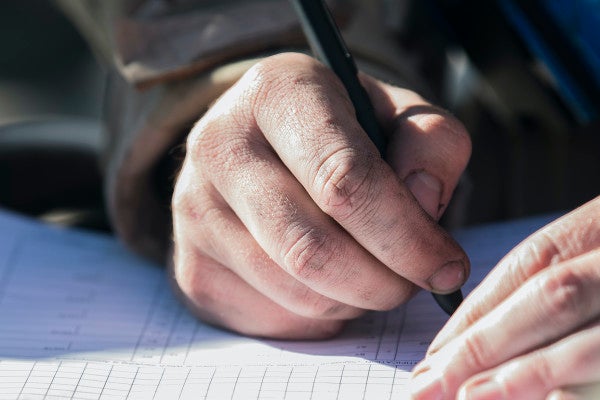 Six thousand Air Force staff sergeants in select specialty codes will have a little more time to test for technical sergeant after the Air Force lost a ton of specialty knowledge tests in the mail, the Air Force announced on Thursday.

The unaccounted-for SKTs affect eligible airmen in 18 specialty codes, according to a statement from the Air Force Personnel Center based at Joint Base San Antonio-Randolph in Texas.

“As soon as we became aware of this situation our team of experts from here at AFPC, the [Air Education and Training Command] Studies and Analysis Squadron, and Headquarters Air Force assessed the scope of the problem and identified the Airmen affected,” said Maj. Gen. Andrew J. Toth, AFPC commander. “It's important we maintain integrity of the enlisted promotion process while taking care of Airmen. That's our commitment and that's what we're doing.”

According to the statement, the tests were mailed to an installation test control office but, to date, they have not been received within the expected delivery window.

“We don't think anything nefarious happened,” Military.com reported Toth as saying. “So what we've elected to do here is now have these particular tests rewritten to ensure that have the integrity in the promotion system across the board.”

AFPC is notifying the affected airmen directly, as well as they commanders, force support squadrons, and test control officers.

Though it was unclear from the announcement what the original deadline was, Military.com reported that the testing window would normally run from February 15 to March 15. The new deadline for affected airmen is April 30.

If you are an airman seeking promotion to E6 in a specialty code outside the 18 affected fields, you still have to comply with that original deadline.

The 18 affected AFSCs are: