Amid a recruiting crisis and a diversity problem, one Air Force officer suggests that the service could turn to Hollywood to reach more Americans than ever. 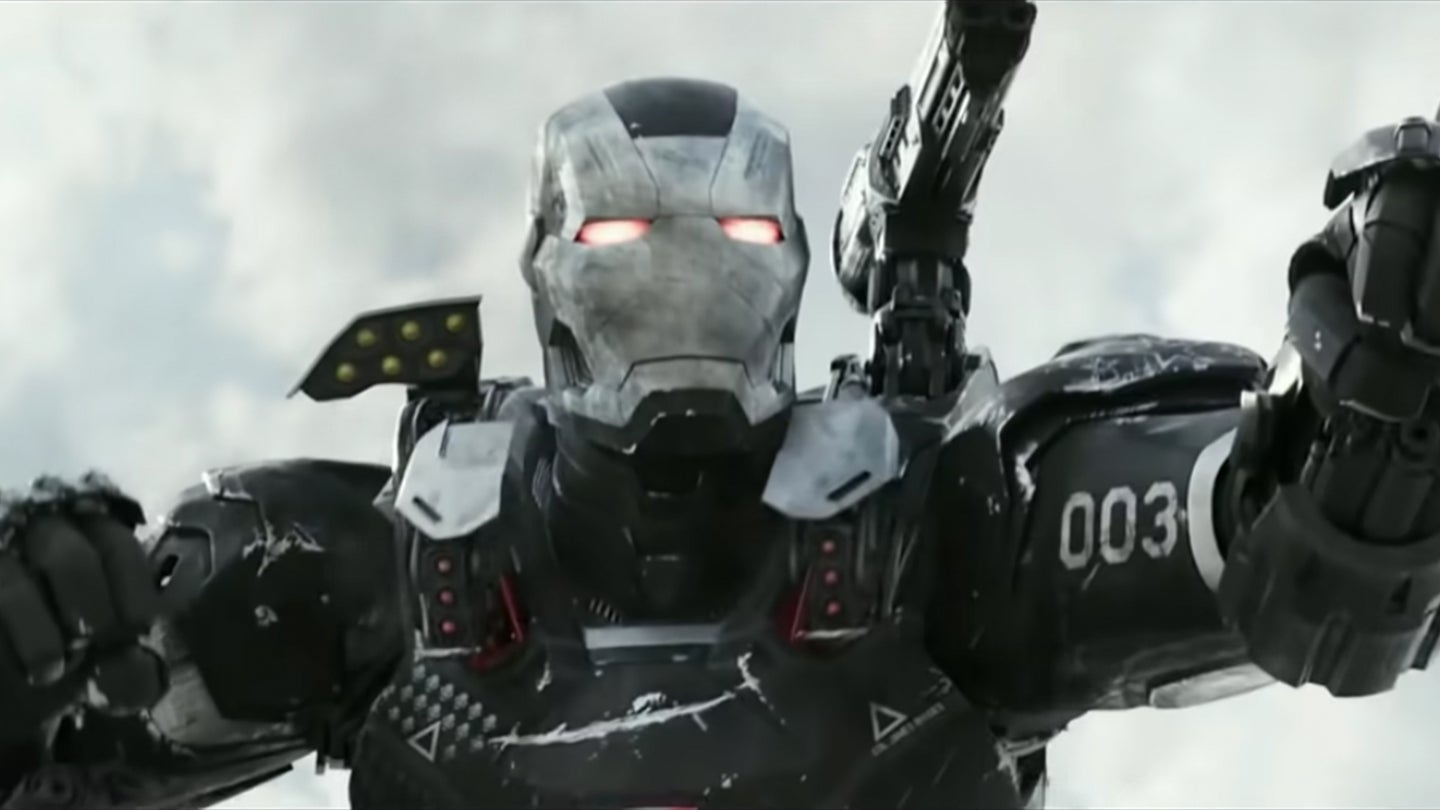 Look up any military news publication these days and you’ll find that recruiters across the military are struggling to get enough people to sign a contract. That problem extends to the Air Force, which is now offering up-to $60,000 bonuses for recruits in specialties to help sooth what branch recruiting head Maj. Gen. Ed Thomas says has been the toughest year for recruiters since 1999.

On top of low recruitment numbers, the Air Force is also striving to bring more women and people of color into its ranks in order to build a diverse workforce, which leaders say will “increase our ability to find creative solutions” on the complicated battlefields of the future.

One officer has a suggestion that he says could help solve both problems with one spandex-wearing, gamma ray-powered super-punch: Help the Marvel Cinematic Universe make more movies starring characters with Air Force backgrounds.

“It is difficult to understate the global impact of the MCU, but its true worth lies in its broad demographic appeal,” wrote Maj. Frank Martinez in a July essay for Æther, the Air Force’s professional journal. “Consequently, Marvel films are effective vehicles for reaching underrepresented groups because they continually draw diverse audiences regardless of the movie.”

The collaboration between Hollywood and the U.S. military is a long and often fruitful one for both parties. The classic example is the 1986 Navy fighter jet movie Top Gun, which is widely believed to have caused a spike in pilot recruitment that year, though the claim has proven difficult to verify (despite plenty of anecdotal evidence). Though Hollywood is often criticized for churning out what some critics call military propaganda, plenty of movies and TV shows that are critical of war and the military, such as Full Metal Jacket and Platoon, somehow manage to bring in new recruits, too. But unlike many other film franchises, the Marvel Cinematic Universe seems to manage to break box office records for breakfast, which makes it a prime marketing opportunity for the U.S. Air Force.

Run by Marvel Studios, a subsidiary of Disney Studios, the MCU recasts comic book superheroes on the silver screen in a vast interconnected universe. Harvard Business Review wrote in 2019 that the franchise’s 22 films at the time had grossed some $17 billion, “more than any other movie franchise in history.” Americans are so gaga for superhero movies that the 2021 film Spider-Man: No Way Home broke box office records despite being released in the middle of a global pandemic.

Martinez also cited research claiming that people of color make up a large chunk of the MCU’s audience, though other sources say Marvel fans are overwhelmingly white. Still, the number of Marvel viewers who are women or people of color seems to spike when the film or TV show stars someone who looks like them in the leading role, as demonstrated by Black Panther and Ms. Marvel.

Even if people of color represent only a fraction of the Marvel Cinematic Universe’s viewership, the mind-boggling number of viewers Marvel Studios brings in every few months could make increased collaboration a worthy investment for the Air Force, as it has already seen from past efforts. When it came out in May 2008, Iron Man served as the foundation for the MCU, and the Air Force may have played a key role in its success. The branch provided two days of filming at Edwards Air Force Base, California, a static C-17 cargo jet, 150 extras, uniforms, two HH-60 helicopters and F-22 stealth fighters for filming in exchange for a Department of Defense-approved script, Martinez wrote.

One of the movie’s most famous scenes is when Iron Man tangles with two F-22s and destroys one, though the pilot survives. The movie also introduces Col. James “Rhodey” Rhodes, who later becomes a superhero in his own right: War Machine. While Rhodey is a Marine Corps pilot in the original comic books, in the cinematic universe, he is “a highly successful Air Force officer from an underrepresented service demographic … an exemplary role model for people from different backgrounds,” writes Martinez.

Besides being a person of color, one of the advantages of War Machine is how easily his superpower translates into an Air Force pilot career. Like Air Force pilots, War Machine operates a high-tech piece of equipment that can obliterate adversaries both in the air and on the ground. In fact, this reporter distinctly recalls feeling an unexpected sensation of fist-shaking ‘hell yeah, Air Force’ surge through his system while watching War Machine carpet bomb alien monsters in Infinity War with the classic U.S. military aviation roundel stamped on various parts of his armor. If that doesn’t remind people of Air Force attack aircraft like the A-10 Warthog or the F-15E Strike Eagle then I don’t know what will.

In his essay, Martinez argued that it was hugely beneficial for the Air Force to have a person of color in the spotlight at the very beginning of the MCU franchise, and the franchise continued to make progress in terms of a more diverse cast of heroes. In March 2019, with the release of Captain Marvel, the MCU had its first female superhero as the focus of one of its films.

Captain Marvel portrays the rise of Carol Danvers, a U.S. Air Force Academy graduate, F-15 fighter pilot, and later, a Kree warrior and one of the most powerful Avengers. Like with Iron Man, the Air Force worked hard to present itself well in Captain Marvel. The film’s directors and its star, the actor Brie Larson, spent several days talking with pilots, maintainers and other airmen at Nellis Air Force Base, Nevada, Air Force Times reported. They also met with Maj. Gen. Jeannie Leavitt, the first female Air Force fighter pilot, who said Larson “was focused on getting her portrayal of a female fighter pilot right,” Air Force Times reported.

That investment also proved worthwhile: Captain Marvel is the third-highest box office performer in terms of solo superhero Marvel movies (behind Iron Man 3 and Black Panther). The film’s opening weekend also drew a mixed crowd of 55% male viewers and 45% female, according to Box Office Mojo. The year the film came out also coincided with the highest proportion of female applicants to the Air Force Academy in five years: 31.2% for the class of 2023, according to Military.com. Still it may be difficult to pin that stat to Captain Marvel alone.

“We do have an increased number of women who want to be pilots,” Leavitt said at the time. But I don’t know if that’s because of Captain Marvel. … I don’t know the why behind it.”

Though the movie was less about the Air Force and more about Captain Marvel’s battles with extraterrestrials, any time you have a protagonist with military ties on screen trying to do good through the use of force, it could be interpreted as a nudge to get people to join the military, which uses similar images in its brochures and commercials. Still, it helps for an individual service like the Air Force when those heroes happen to wear an Air Force uniform, which is why Martinez thinks the branch needs to keep pursuing opportunities like Iron Man and Captain Marvel. He pointed out five upcoming chances to do just that:

Most of these depictions center around Air Force pilots, which is important because Air Force pilots seem to be in short supply these days. However, we at Task & Purpose would also love to see plenty of enlisted representation in our hypothetical Marvel Cinematic/Air Force Universe. For example, can we get a disgruntled, twice-divorced crew chief who can disarm enemies and repair a decrepit jet with sheer salt alone? Or perhaps a security forces airman who can cut the line at the base gate in half with the wave of a hand?

As Martinez argues in his essay, there are plenty of opportunities ahead for the Air Force, whichever way the Marvel winds blow.

“The service and the film industry have a long, storied history of mutually beneficial cooperation, especially important today when cinema appeals to a broader array of American society than ever before,” he wrote. “The U.S. Air Force cannot afford to miss out on the massive popularity of the Marvel Cinematic Universe.”