It probably won't win any awards, but it might keep you entertained. 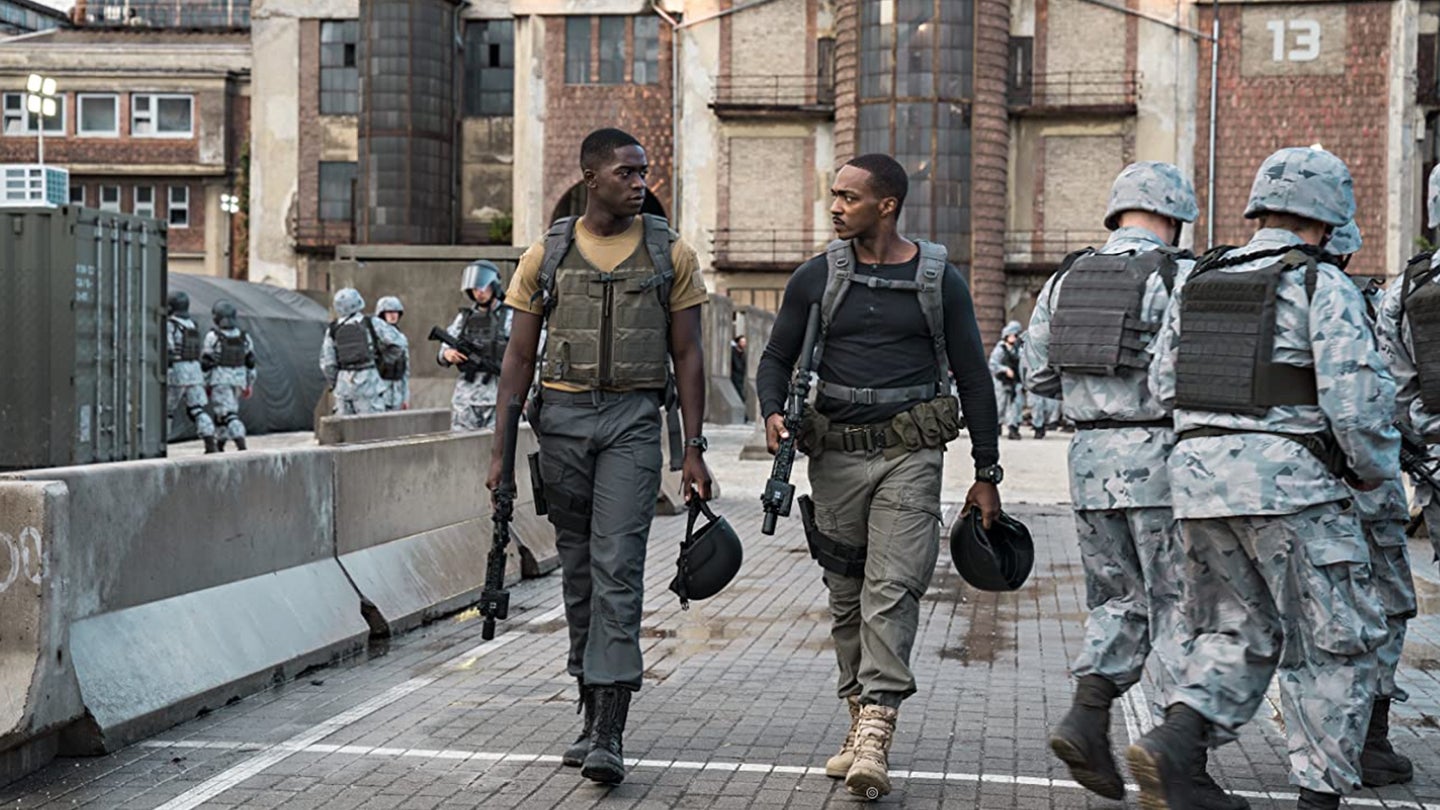 In Outside The Wire, an upcoming Netflix action flick set in the near future, a young soldier finds himself paired off with a cybernetically enhanced super-soldier and tasked with stopping a nebulous insurgency from getting its hands on a doomsday device.

Directed by Mikael Håfström, the upcoming action flick stars Damson Idris as Leo, an Air Force first lieutenant who finds himself under the command of Leo, an android — and a captain, as he’s quick to point out — played by Anthony Mackie.

The pair embark on a dangerous mission to, well, it’s unclear. It has something to do with bad guys and high-tech weapons, but really, I don’t think the plot is the selling point here. Outside The Wire is all about the action, as made evident by the movie’s recently released trailer:

In the short promo we see Mackie’s android tear through enemies with his fists, feet, and firearms — really, you name it and he’ll find a way to beat you to death with it. The action-packed trailer is quick to point out that the film is brought to viewers by the same folks behind the Extraction and The Old Guard, two recent Netflix action movies that put a premium on hyper-stylized violence and gun-fu to rival that of the John Wick franchise.

As far as Mackie’s android captain is concerned, Outside The Wire seems intent on putting a post-9/11 spin on the time-worn trope of the bionic man. The teaser alludes to this when actor Michael Kelly remarks that Mackie’s android is “stronger, faster, smarter,” a thinly veiled reference to a famous quote from the 1970s television series The Six Million Dollar Man: “We can rebuild him. We have the technology. We can make him better than he was. Better, stronger, faster.”

Mackie is no stranger to playing superheroic — yet somehow relatable — military veterans. As Sam Wilson, aka The Falcon, Mackie managed to put a believable post-9/11 spin on the Marvel superhero’s military service when he was introduced in Winter Soldier as a Global War on Terrorism-era veteran, now working as a counselor at the Department of Veterans Affairs. The scene where Falcon and “Cap” chat after a meeting and commiserate about the little things that change following military service and war, is a rare moment of emotional authenticity in a genre that for a long time seemed to use a character’s time in uniform as little more than a justification for why they were good at fighting or shooting things.

Between the militaristic near-future setting we can catch a glimpse of in the trailer and the action-oriented team behind the film — not to mention Mackie’s acting chops — I’m holding out hope that Outside The Wire will make for some decent junk-food-for-the-brain viewing when it premieres on Jan. 15. And hey, if it’s a bust, then it’s just 114 minutes of your life lost — and, at the least, no additional money out of your pocket seeing as it’s already on Netflix.