“This is not a recruiter problem. This is an Army problem.” 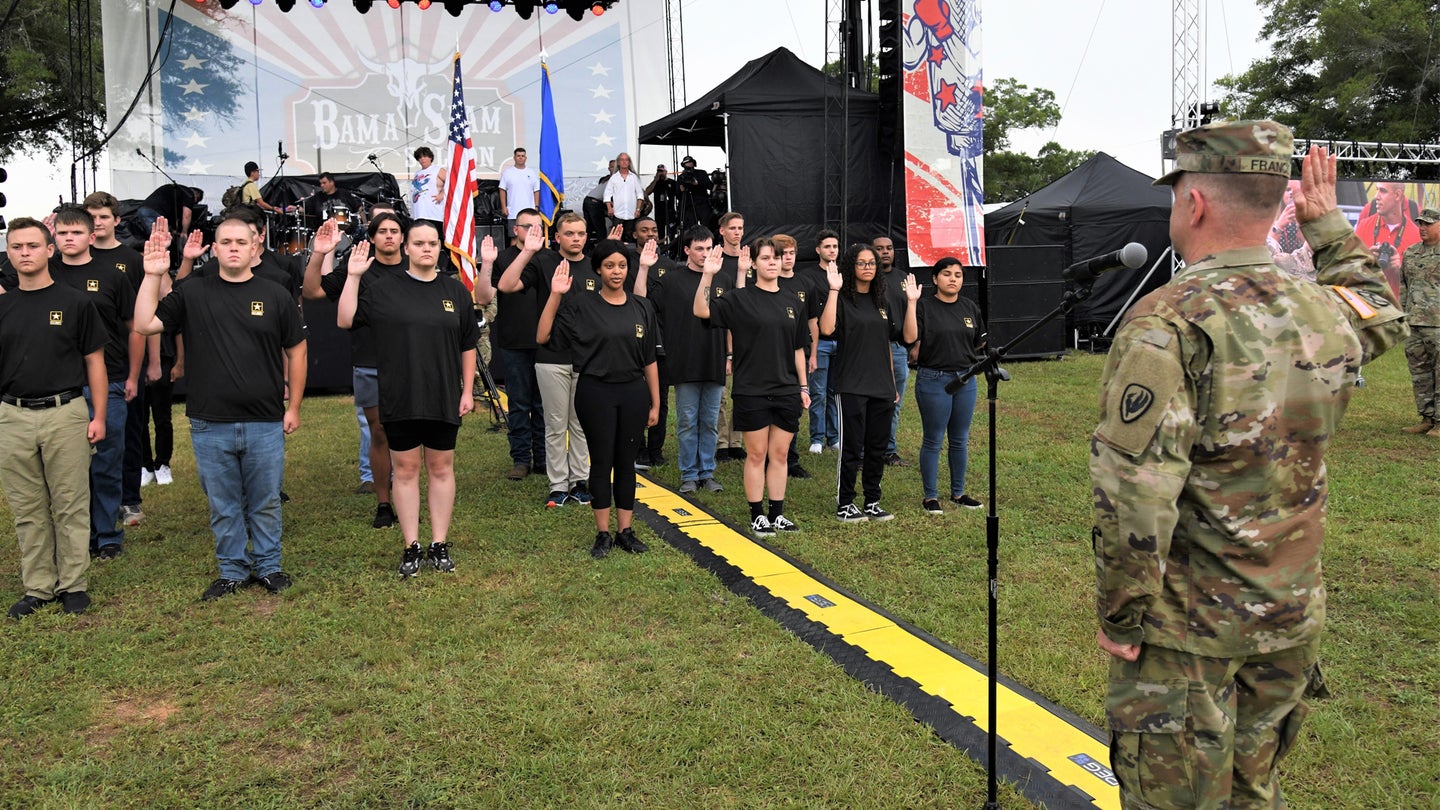 The Army is planning to launch multiple initiatives with the hopes of addressing an increasingly bleak recruiting crisis, including expanding options for new soldiers and providing $35,000 bonuses for recruits willing to ship quickly.

The initiatives were outlined in a new memo from Army Secretary Christine Wormuth and Chief of Staff Gen. James McConville, which gave a blunt assessment of the Army’s challenge. Among those initiatives are: sending out some of the service’s best recruiters to help recruitment efforts around the country; increasing enlistment bonuses for specific military occupational specialties (MOS); establishing a training course for potential recruits who want to join, but don’t meet the physical and academic standards; and providing $35,000 bonuses to new recruits ready to ship out to basic training within 45 days. That’s more than a new private makes in a year.

Wormuth and McConville also mentioned in the memo that the service is looking to expand station of choice options for new recruits. Currently, the Army offers some active-duty soldiers in specific MOS’ the ability to choose their first duty station. The stations available in the program include Fort Carson, Colorado; Forts Bliss and Hood, Texas; Fort Polk, Louisiana; Fort Stewart, Georgia; Joint Base Lewis-McCord, Washington; Fort Riley, Kansas; Fort Drum, New York; and installations in Alaska, according to the Army. It’s unclear which other installations would be included in the new expansion.

The Army’s recruiting crisis has made headlines in recent days, particularly after Army Vice Chief of Staff Gen. Joseph Martin acknowledged to lawmakers that the service would fall short of its expected goals.

In their memo on Wednesday, Wormuth and McConville pointed to multiple factors that have resulted in the “most challenging recruiting environment” since 1973 when the draft was abolished, including a declining number of Americans interested in military service, and an already low percentage of young people even eligible to join in the first place.

Only 23% of Americans between the ages of 17 and 24 years old are eligible to serve, Wormuth and McConville’s memo said, and virtual learning born from the COVID-19 pandemic has “further limited access to the recruiting population,” and “exacerbated a decline in academic and physical fitness levels.” On top of those challenges, the memo said young people don’t know enough about the Army, can’t see themselves serving, and are losing trust in the military along with other American institutions.

Ultimately, the memo says the Army anticipates having roughly 466,400 soldiers at the end of this fiscal year — down from their anticipated end strength of 476,000 soldiers — barring any “significant positive change in the recruiting environment.” And they expect it to get worse; the Army leaders said in Wednesday’s memo that they anticipate the service’s end strength to continue decreasing to between 445,000 and 452,000 by the end of fiscal year 2023, a steep decrease from the expected 473,000 soldiers outlined in the Army’s latest budget documents.

The service has already been working to find ways to make joining up — or simply staying in uniform — more attractive. Senior enlisted leaders discussed the idea of providing performance-based financial incentives to soldiers who re-enlist, and at the beginning of the year the Army announced it would provide up to $50,000 for enlistment bonuses for some soldiers. Most recently, the service said it would allow soldiers to have more tattoos, namely on their hands, neck, and behind their ears.

And while the Army is no doubt facing a myriad of issues, Wormuth and McConville maintained in their memo that the service’s readiness has not taken a hit. They pointed to the rapid deployment of soldiers to Europe as a result of Russia’s invasion of Ukraine as an example of the “high rate of readiness” that the service has maintained. But they also acknowledged as Army leaders have for several years now, that they are in a “war for talent” — and the fight isn’t getting any easier.

“This is not a recruiter problem,” Wormuth and McConville’s memo concludes. “This is an Army problem.”