The Army will test three types of overboots this winter as potential replacement for the extreme cold winter boots lovingly... 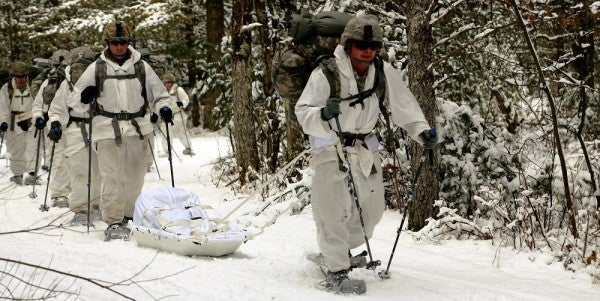 Overboots are “sort of like a second boot that you put on over top of an existing boot,” said McNamara, who is leading the Army’s effort to improve its Arctic footwear. While Military.com first reported the news on July 25, the Army has not yet made a decision on whether to replace the service’s current extreme cold weather boot, which soldiers have worn since the 1960s.

Testing is expected to take place between December and April, McNamara said. Soldiers will wear overboots made by Original Footwear, Outdoor Research, and Wiggy's Inc., he added, although the Army is still finalizing which units will test the footwear

In the past, the service has conducted winter testing in Norway; Fort Drum, New York; the Army Mountain Warfare School in Vermont; and bases in Alaska, such as Fort Wainwright, Joint Base Elmendorf-Richardson, and the Northern Warfare Training Center in Black Rapids.

“We are buying 150 pair of three different test overboots and we intend to field those to soldiers this winter and collect their feedback,” McNamara said. “Depending on how their feedback goes – if they think it’s promising or not – we may pursue it. So something like an insulated overboot might be in the Army’s system in the future, but at this point we don’t know.”

Developed after the Korean War, the Army’s extreme cold weather boots were designed for maximum warmth and insulation in temperatures as low as -60 Fahrenheit. But they are also heavy, bulky, and hard to pack and carry, McNamara said. Since the boot is made of rubber, sweat tends to pool on the inside, so soldiers can have wet feet.

“They are relatively stiff, so if you are walking long distances in it, I’ve heard people complain about it rubbing on their shins,” McNamara said. “Then also there’s been complaints about the traction. The outsole and the way that they make it is date technology. We think there are opportunities to improve the traction.”

The Army’s decision to test possible replacements for the extreme cold weather boot was promoted by feedback from soldiers who went to Norway for a training exercise, where they were issued overboots by the Norwegians, McNamara said.

“They really raved about them,” McNamara said. “They said it kept their feet and their boots dry because the overboot kept the water and snow from soaking their boots. It provided an extra layer of insulation and it also helped them interface with the ski and snowshoe bindings. Largely based on that feedback, we thought an insulated overboot could be a potential solution and so we wanted to dig into it some more.”