After nearly two decades of trudging around moist, tropical terrain in boots designed for desert wear, the Army has a... 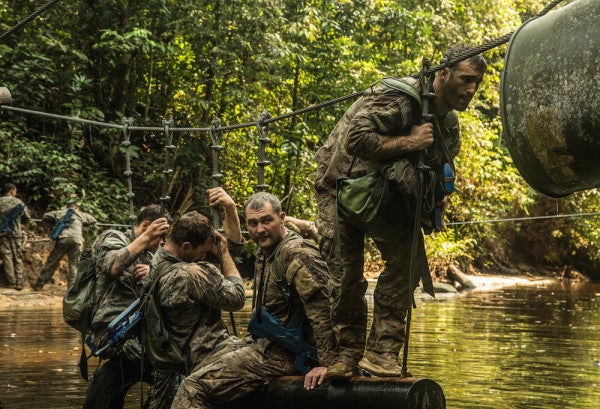 After nearly two decades of trudging around moist, tropical terrain in boots designed for desert wear, the Army has a new jungle combat boot. The first of two brigade combat teams will be outfitted with those boots beginning some time in March, according to Army Times.

Soldiers with the 25th Infantry Division’s 2nd and 3rd Brigade Combat Teams will each receive two pairs of the boots to wear in three-month phases.

“We found the best testing is letting soldiers do what soldiers do,” Lt. Col. John Bryan, product manager for Soldier Clothing and Individual Equipment at PEO Soldier said during a roundtable with reporters on Mar. 1.

These new boots will be equipped with a new tread pattern that sheds mud, ability to drain moisture quickly, and fabric that breathes more easily, and shock absorbency.

In December, Belleville Boot Company and Rocky Boots were contracted to provide 36,708 boots for soldiers in serving in tropical terrain, Army Times reported. Eventually, the boots will be issued in sizes three through 16 with narrow, regular, wide, and extra wide options.

“We have kind of neglected the extreme weather environments, whether it be jungle or cold weather,” said Col. Dean Hoffman IV, leader of Project Manager Soldier Protection and Individual Equipment, said at the Association of the United States Army's annual meeting in 2016. “Looking at the way the world is shaping, those are areas that we might have to go.”