After years in development, soldiers are officially putting the Army's Initial Maneuver Short Range Air Defense (IM-SHORAD) system through its paces ahead of its eventual delivery and fielding in Germany 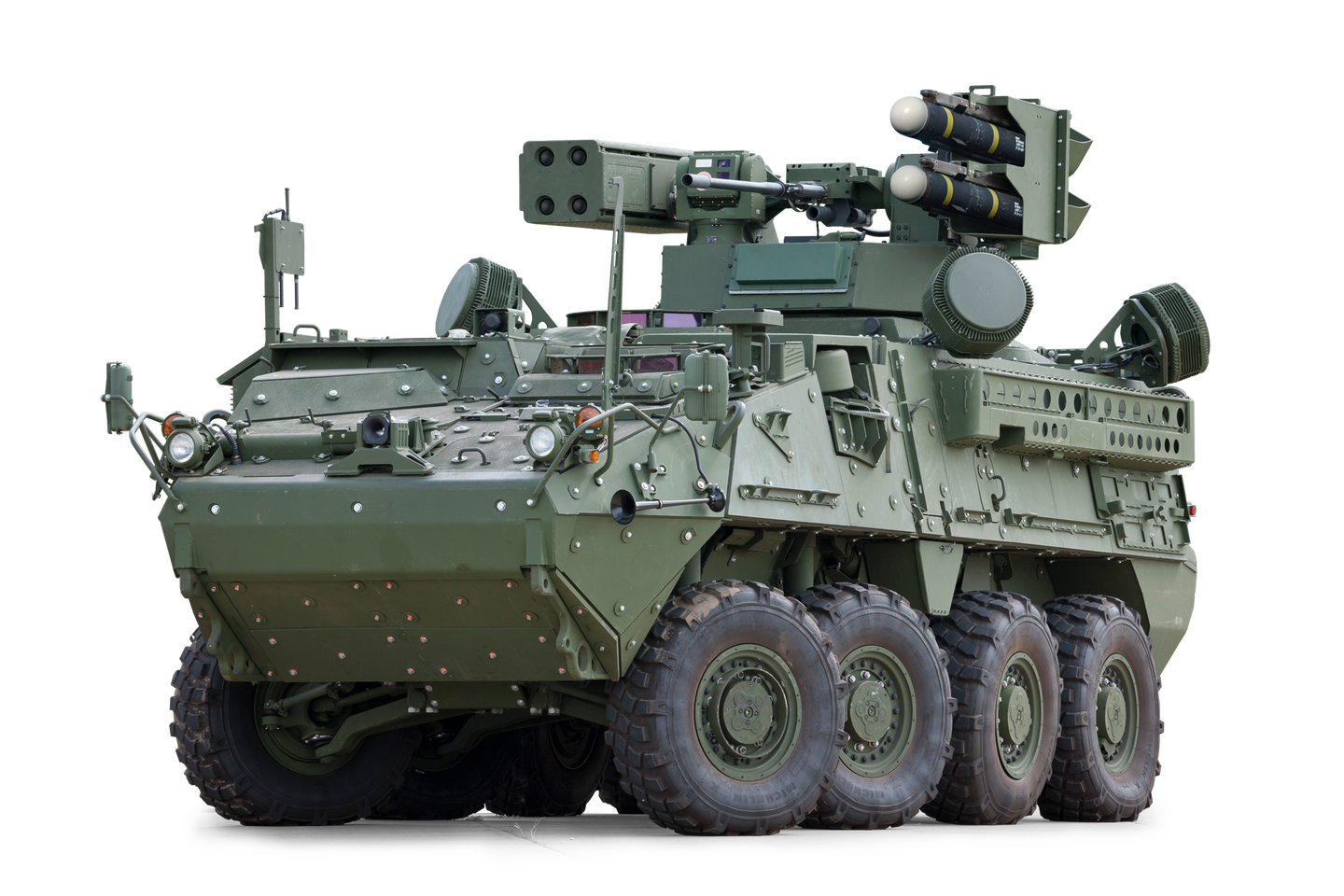 After years in development, soldiers are officially putting the Army’s next-generation short-range air defense system through its paces ahead of its eventual delivery and fielding in Germany.

The IM-SHORAD system consists primarily of a Stryker-mounted 360-degree Avenger air defense turret loaded up with Stinger and AGM-114 Longbow Hellfire missiles (the latter of which are traditionally used in air-to-surface roles), an XM914 30mm cannon, and a 7.62mm machine gun.

The 5-4 ADA will be the first unit to receive the IM-SHORAD system in Germany to replace its aging Humvee-mounted Avenger systems, a move that comes amid the U.S. military’s resurgence in Cold War-style tactics in Europe in the aftermath of the Russian annexation of Crimea in 2014.

“There’s a lot of equipment on this machine that will change a lot of aspects for the Air Defense Artillery,” Spc. Andy Mendoza, an air and missile defense crewmember with the 5-4 ADA, said in a statement.

“Everything from operations to capabilities to new weapons we as ADA don’t have currently, and I think it will make a huge difference to what we do.”

The operational training and testing come just weeks after General Dynamics Land Systems announced that the Army had awarded the defense contractor a $1.2 billion contract award to produce, test, and deliver 28 Stryker IM-SHORAD Strykers to the service.

The service plans on eventually spreading 144 systems across four battalions by as soon as fiscal year 2023. According to Army budget documents, the service plans on spending an additional $1.575 billion through 2025 on acquiring a total of 180 IM-SHORAD Stryker vehicles.

At the moment, however, the IM-SHORAD is “not quite ready for full production,” hence the soldier testing by the 5-4 ADA, according to the Army statement.

Soldiers “need to get their hands on the system, learn to use it, and then use it just as they would, including trying new things, making mistakes, and otherwise doing the sort of thing that the system designers may not have prepared for,” per the Army.

“Everything might look good on paper, on the board, but until we get through the testing and putting it through its paces, understanding what it’s actually capable of, we won’t know if we’re producing the right system for the Soldier,” Steven Powell, acquisition logistics lead with the IM-SHORAD Program Office, said in a statement.

When the IM-SHORAD system is finally ready for prime time, Army envisions employing all of this firepower to counter not just unmanned aerial systems that U.S. troops have been contending with on the battlefields of the Middle East, but both fixed-wing and rotary-wing aircraft deployed by a more conventional adversary like Russia or China.

Indeed, upgrading short-range air and missile defense has remained a major modernization priority for the Army as it pivots to assessing large-scale conflicts against near-peer adversaries.

“The truck itself has different capabilities on the move and in different terrains, it’s a whole different system to get used to.” said Mendoza, the specialist, in a statement. “The weapon system is perfect, it’s just the truck itself, it’s bigger, stronger, and a lot heavier.”