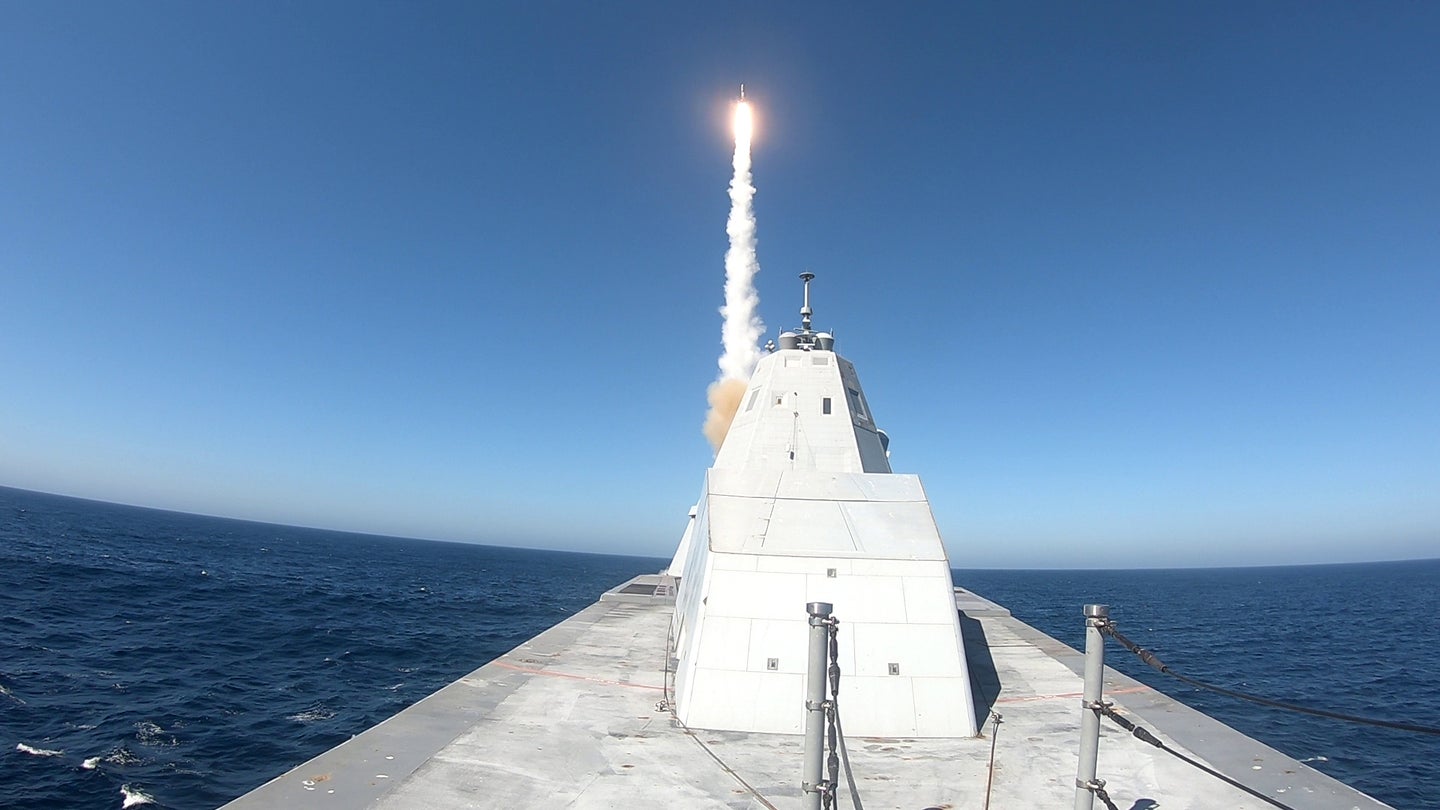 In a weapons test years in the making, the Navy’s stealthy new USS Zumwalt destroyer successfully pulled off the first live-fire test of its unique vertical launch system with a Standard Missile (SM-2), the service announced on Monday.

During the test, the Zumwalt “successfully demonstrated its capability to detect, track, and engage an Anti-Ship Cruise Missile threat” with an SM-2, the Navy said in a statement.

“Today’s successful test not only demonstrates the ship’s capability to fire missiles and conduct self-defense, it is also a significant step toward more advanced combat system testing and operations for our Navy’s most technically innovative warship,” Zumwalt program manager Capt. Matt Schroeder said in a statement.

While the Zumwalt was commissioned back in 2016, news of the test comes months after the Navy finally accepted delivery of the warship with a functioning combat system back in April and the first live-firing of the ship’s 30mm Mark 46 Mod 2 Gun Weapon System the following May.

But with the vessel long plagued by cost overruns and technical issues in the intervening years, the cost of the LRLAP skyrocketed from $50,000 to $566,000 apiece, prompting the Navy to not just reduce its Zumwalt-class destroyer buy from 28 hulls to just three but transitioned the Zumwalt itself from shore bombardment to anti-ship surface warfare missions.

As a result, the Zumwalt now comes laden with ship-killer systems like the Maritime Strike Tomahawk and SM-6, Defense News notes. The $505 million Advanced Gun System now stands “all but abandoned” by the Navy after being delivered to the service in an “inactive state” and only expected to reach initial operational capacity in September 2021.

That the Zumwalt’s combat systems are finally ready to rumble means little for the vessel’s actual combat effectiveness.

The latest evaluation of the Zumwalt’s self-defense systems conducted by the Pentagon’s operational testing and evaluation arm in fiscal year 2019 revealed “severe problems” during the vessel’s Self-Defense Test Ship events that will “adversely affect the operational effectiveness of the combat system if not corrected.”

“The Navy has put the test program on hold and is currently working to identify the root cause of these problems,” the OT&E report reads. “The DDG 1000 self-defense test program is at risk of being inadequate if the six remaining SDTS events are not completed.”

The Zumwalt, homeported in San Diego, is expected to attain initial operational capability by some time in 2021, according to the Navy.