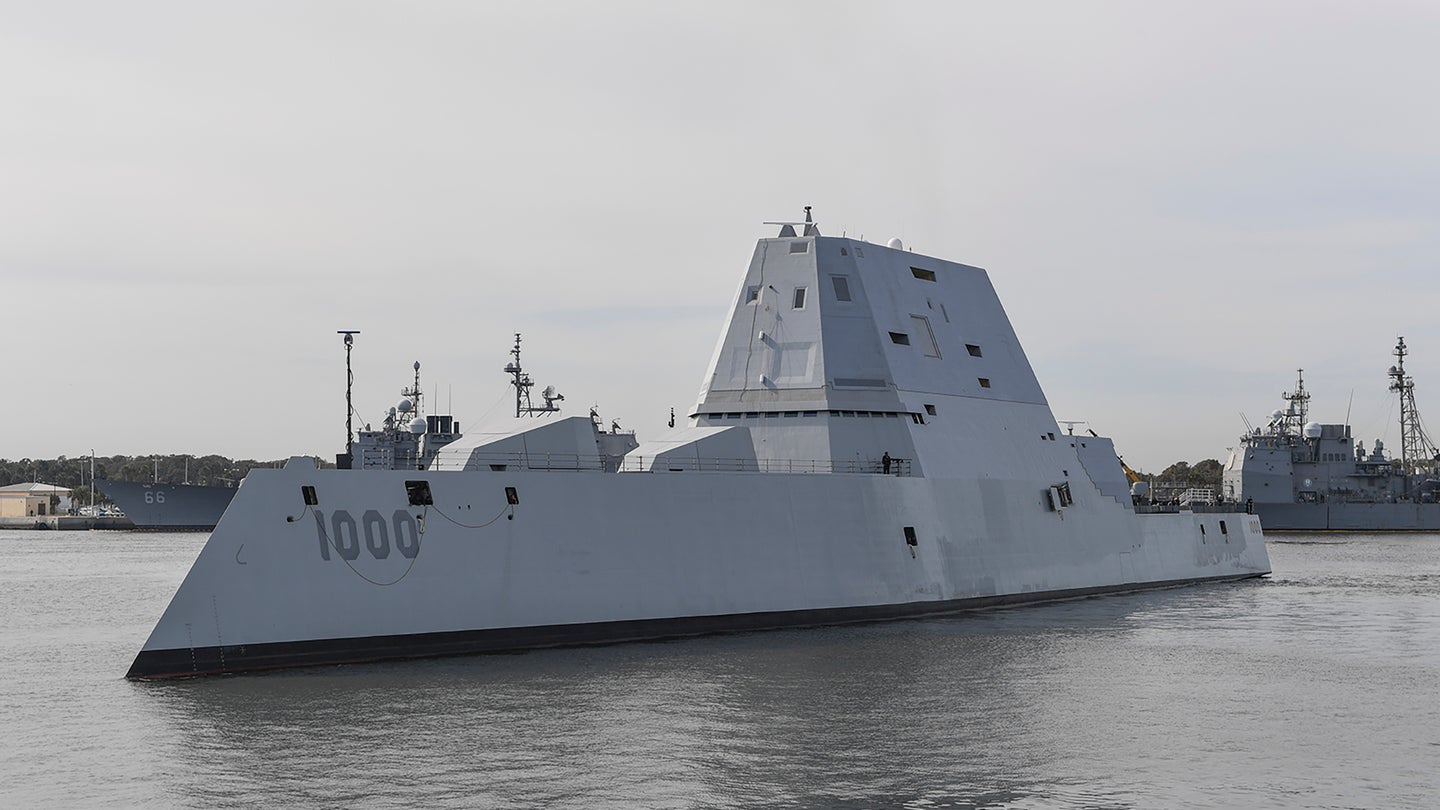 Dear Navy, it’s time for an intervention. You’re not the only service to waste money, but you need to learn how to pay for ships that actually work!

As the services gird their loins for the coming budgetary cage match over who deserves the lion’s share of taxpayers’ hard-earned dollars, Navy Reserve officer and Indo-Pacific expert Blake Herzinger has drawn first blood by arguing that the Army should scale back its modernization efforts so that the Navy can get more money.

“There are certainly legitimate requirements for modernizing the Army,” Herzinger wrote in a commentary for Foreign Policy. “But today’s Army is adequate to address the immediate security needs of the nation. The Navy is not.”

Herzinger concedes the last three consecutive shipbuilding projects – the Littoral Combat Ship, the Zumwalt-class destroyer, and the USS Gerald R. Ford-class aircraft carrier – have been total Charlie Foxtrots. But the fact remains that China, America’s main adversary, is churning out new ships while many U.S. Navy ships will be nearly 50 years old by the end of the decade, he wrote.

Before I launch into my counter argument, I must concede that Herzinger knows a lot more about China and sea-going vessels than I do. He also makes a valid point about the Navy’s aging fleet. The nearly 30-year-old cruiser USS Vella Gulf was stuck in limbo from Feb. 22 until April 16 amid lengthy repairs. A sailor aboard the stricken vessel told Task & Purpose in mid-April that the crew’s morale had dissolved because they seemed to be stuck on the ship indefinitely due to the ongoing maintenance.

And, as one of my colleagues pointed out, at least the Navy’s shipbuilding program has produced tangible results – unlike the Army’s eight-year Future Combat Systems program: An epic failure to yield revolutionary technology that cemented the Army’s reputation as the service most likely to have all of its modernization programs canceled.

But as I look at the once mighty American fleet, I see 17 Freedom-class Littoral Combat Ships with a propulsion system that may have a fatal design flaw. I see the Zumwalt-class destroyer program producing only three ships out of the 32 vessels that were initially planned. Even worse: The Navy is still trying to find a suitable weapon for the Zumwalt nearly five years after it stopped buying the $800,000 per-round ammunition for the gun it was supposed to have.

Of course, there’s also the USS Gerald R. Ford, a $13 billion aircraft carrier commissioned in July 2017 that is still not ready for combat operations. Former Defense Secretary Donald Rumsfeld’s ethos of “transformation” has been blamed for many of the woes facing the Ford, like the fact that the ship has so many new and untested technologies that didn’t initially work, such as its electromagnetic weapons elevators.

Meanwhile, the Navy’s maintenance backlog has meant that aircraft carriers based on the East Coast have been stuck in shipyards. With the Ford still missing in action, those carriers that can still deploy – such as the USS Dwight D. Eisenhower and USS Theodore Roosevelt – have been at sea constantly.

Chief of Naval Operations Adm. Mike Gilday recently said the Navy is in the process of upgrading its ships and submarines. For example: Zumwalt destroyers could have hypersonic weapons by 2025.

The Navy also plans to buy new Constellation-class frigates and fit Littoral Combat Ships for minesweeping and anti-submarine warfare, Gilday said during an April 29 webinar at the Center for Strategic and Budgetary Assessments think tank in Washington.

“Hopefully by that time we’ll have corrected some of the other issues that have plagued the sustainability and reliability of the Littoral Combat Ship,” Gilday said. “But I think we’re on the right path there, at least I’m optimistic that we are. We sure are putting plenty of heat on it.”

I have no doubt that Gilday is working hard to make sure the Navy doesn’t repeat its past errors. And to be clear, those mistakes involve paying for ships that are far too expensive and require even more money and time to fix before they can serve as meaningful contributions to the rest of the fleet. At this point, I’m not confident that the Navy has learned anything from the fiascos of the last two decades, so I’m wary of any plan that involves giving the service more money.

The Navy reminds me of a guy I worked with years ago, who always bet on Philadelphia sports teams winning. If he’s still alive, he’s likely had his legs broken several times by now.

I love you, Navy, but I know that if you get your hands on the Army’s money, you’ll find a way to blow it on more crappy ships that can’t do the missions for which they were built.

It’s hard for me to say this, but I think the best way forward is to put the Coast Guard in charge of the Navy’s finances. Or, you could ask the Marine Corps for some tips on how to subsist on the hand-me-downs from other services for 50 years. Whatever you do, Navy, do it quickly. Otherwise, you’ll end up living in a van down by the river.