The chief of naval operations, Adm. Jonathan Greenert, preaches “Warfighting First” as his primary tenet, and nearly every flag officer... 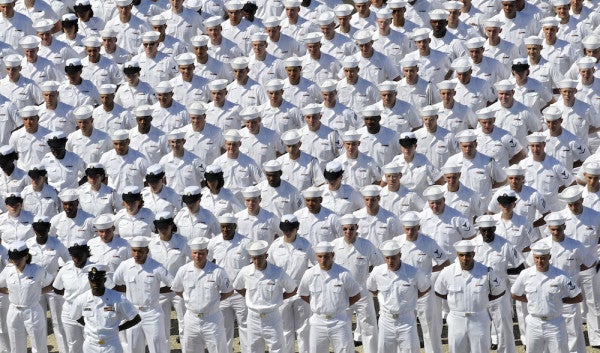 The chief of naval operations, Adm. Jonathan Greenert, preaches “Warfighting First” as his primary tenet, and nearly every flag officer echoes this sentiment in some way during public and private remarks. Yet, one would hardly know this by looking at the Navy’s annual mandated training schedule.

Even if all of the above are arguably necessary, the only ones that truly apply to warfighting are anti-terrorism / force protection and counter-intelligence. While critical, they are mostly defensive and ancillary to the conduct of direct military operations. Most of these courses are mind-numbingly boring.

With one exception. I just completed the Navy’s bystander intervention training, a mandatory two-hour class that guides us to be active participants in preventing sexual assault, hazing, fraternization, and other destructive behaviors. I was skeptical walking in — bad experiences previously caused me to be wary — but they nailed it. Although it has taken the Navy quite a few years to create a compelling and engaging instructional period on this topic, innovation is iterative, and it’s heartening to know that after thousands of hours and millions of dollars, a very useful experience has emerged, rather than simply a lecture.

When sexual assault prevention training was first given a few years ago, it was a ridiculously long and boring Powerpoint presentation given to massive audiences. As it stands now, bystander intervention training is given in small groups (20–30 people) among sailors of generally the same rank; in my case among Navy lieutenant commanders, commanders, and captains. It is case study based, tailored to the specific experience level of the various audiences, with five-minute video vignettes that lay the foundation for robust group conversation. Far from an echo chamber, I heard diverse responses to the scenarios introduced, and learned a lot. It was very effective in conveying constructive and meaningful ways to help our fellow sailors. Indeed, colleges and universities would be wise to adopt similar formats as they look to minimize sexual assault on their own campuses.

However, the quality of the training left me wanting more of the same when it comes to preparing service members to fight our nation’s wars. Immense time and money was spent getting bystander training to an engaging end state; imagine what could happen if we applied the same time and energy to creating interactive training about things like rising adversaries, the geopolitical environment, and overall strategic landscape.

To be sure, much time in an operational squadron, ship, or organization is spent getting ready to deploy overseas. Platform- and service-specific briefs are given on a myriad of threats, and real-time, live exercises are the mainstay of operational life. But there is no planned or required training to learn about or engage on the overall picture. Using the refined bystander training module as a model, perhaps general military training should generally train us to be better warfighters.

As an example, to not overburden our sailors, perhaps we could replace the hour-long records management Powerpoint presentation with a discussion-based exposition of ISIS. This could include three or four five-minute, high-quality video vignettes that show the impact that adversary has on national security, while highlighting what role the Navy plays in combating the threat using a seminar-type facilitated discussion.

Instead of static annual training, there could simply be an annual, interactive, evolving “geopolitical landscape” module highlighting the main strategic issues of the day. As an astute fellow Naval officer peer noted in an online discussion:

Limitless time and resources won’t win a war we don’t understand. We’ve made gains against the legitimate scourge of sexual assault by bringing in outsiders and to revolutionize the way the military talks about and deals with sexual assault. The DoD knew it was way off the mark, so it changed. It boggles the mind that given our combat arms track record for the last 12 years, we can’t do the same on that front.

Training, if done right, can be a net benefit to the organization. Engaging and interactive content, while harder to produce, has significant advantages. Let’s take the good work done in combatting sexual assault and extend it to truly teaching our fleet about warfighting first, being ready and operating forward. It shouldn’t take a literal act of Congress to get relevant, engaging training to our service members.