Amid repeated requests that the Army release the documents on the performance of the first female graduates from Ranger School,... 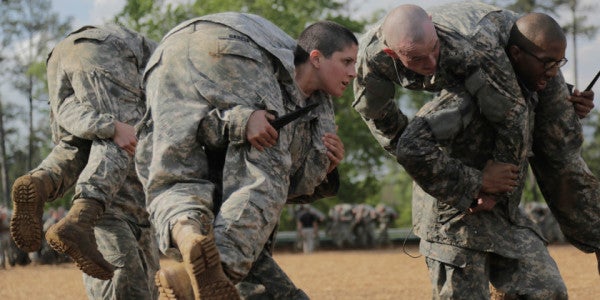 Amid repeated requests that the Army release the documents on the performance of the first female graduates from Ranger School, the service stands by its assessment of the female soldiers’ performance.

Army Times published a list of highlights on Nov. 11 from a representative sample of performance evaluations from the Ranger School graduating class.

The highlights show that the first two female graduates recycled an equal number of phases, passed four patrols, and failed three others. The first two female graduates also scored an average of 83/100 and 77/100, respectively, on their peer evaluations and received more reports — both positive and negative — than the average male student in a sample taken from their graduating class.