According to the Deputy Secretary of Defense Bob Work “it really sucks to be ISIL right now.” While flying to... 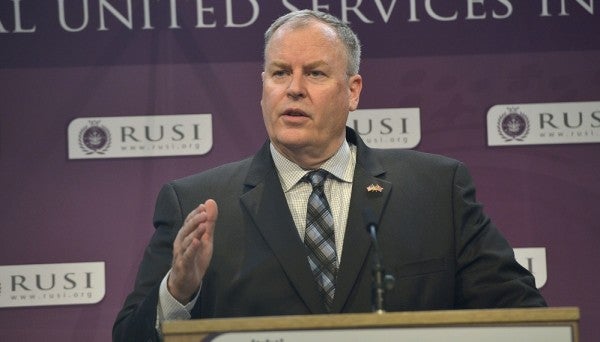 According to the Deputy Secretary of Defense Bob Work “it really sucks to be ISIL right now.”

While flying to the 32nd Space Symposium in Colorado, Work explained to Breaking Defense’s Colin Clark, that the Islamic State, also called ISIL or ISIS, is facing a determined assault from American and allied forces.

“Those guys are under enormous pressure,” Work said. “Every time we have gone after one of their defended positions in the last 10 months, we have defeated them. They have left. They have retreated. They are hunkering down.”

According to Breaking Defense, Work said the attack on the Islamic State is coming from every direction, even cyberspace.

“Just like we have an air campaign, I want to have a cyber campaign. I want to use all the space capabilities I have,” said Work. “So for example, we are dropping cyber bombs. We have never done that before.”

It’s unclear what these “cyber bombs” are or what they entail at this time, though electronic warfare and information operations are not entirely new.

In February, Secretary of Defense, Ash Carter discussed the role cyber warfare would play in retaking the Iraqi city of Mosul and on April 5, Carter made mention of United States Cyber Command’s involvement in operations against the Islamic State.

“Increasingly, I’ve also brought Strategic Command and Cyber Command into these operations as well, to leverage their unique capabilities in space and cyber to contribute to the defeat of ISIL,” Carter said.