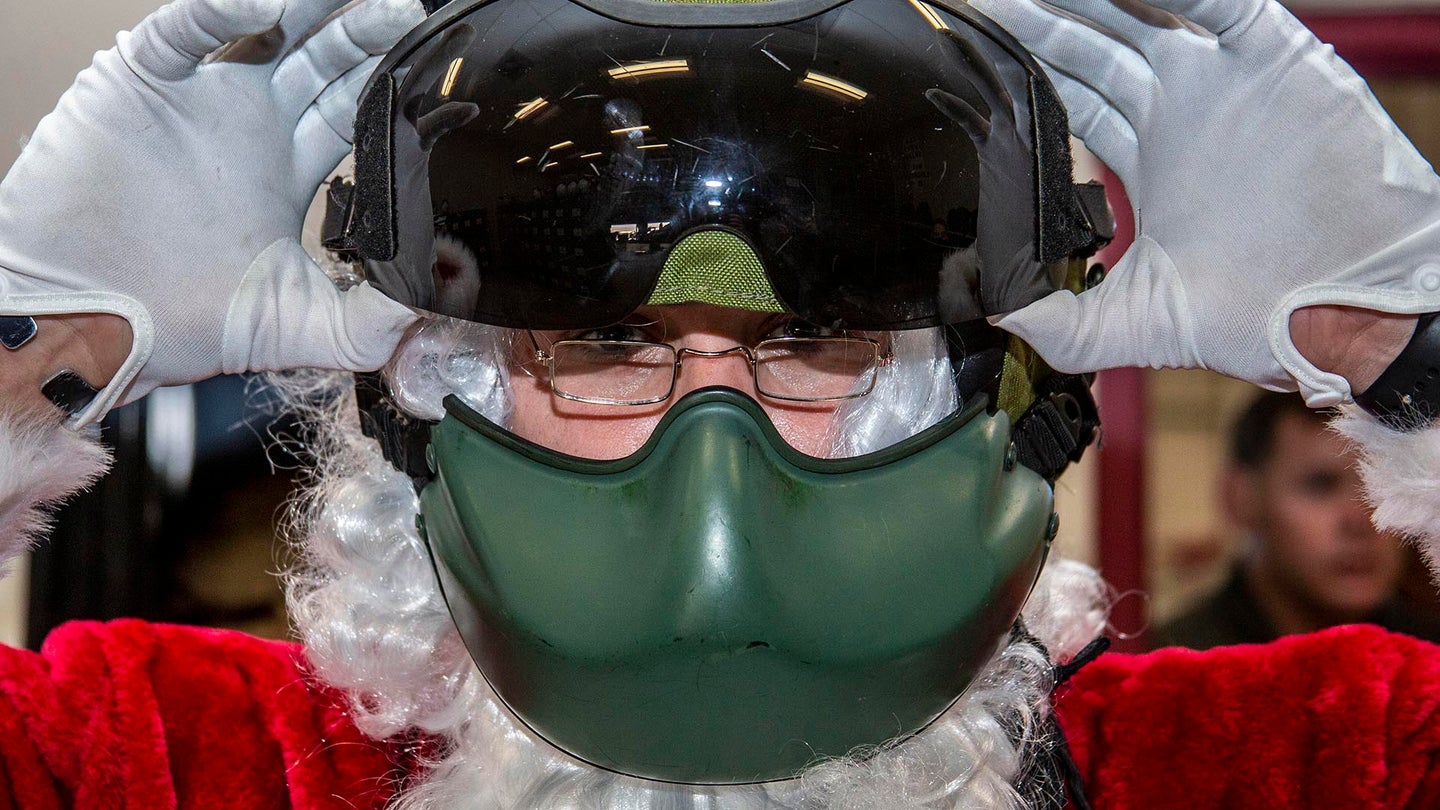 With Christmas only days away, Congress has passed a massive omnibus appropriations bill that includes lots of holiday goodies for the Pentagon.

If President Donald Trump signs the spending bill, it would provide the Defense Department with roughly $705 billion in fiscal 2021, including $68.7 billion for overseas operations and more than $8.4 billion for military construction projects, according to a summary of the omnibus spending bill provided by the House Appropriations Committee.

Nestled within that more than $700 billion of freedom, lawmakers have included lots of stocking stuffers, including $9.6 billion for a total of 96 F-35 Joint Strike Fighters, which is 17 jets more than Trump had originally asked force in his budget request for the year.

In layman’s terms, the F-35 is the toy that all the cool kids have and only a few can afford. It may not “do” everything it’s supposed to, and there’s a good chance it will break after you open it. But there’s no doubt that the lawmakers in whose districts the planes are made will be shouting, “Ho, Ho, Ho!” this Christmas!

Yes, Congress loves to spend money on unexpected gifts for its constituents who work in the defense industry. The appropriations bill includes a total of $23.3 billion to give the Navy 10 ships, including $2.3 billion to build an extra Virginia-class submarine, just in time for the holidays.

Keep in mind the Navy is like a shopper who is addicted to Amazon Prime. Rather than decide which of two littoral combat ship classes it wanted, the service said: Let’s buy both!

Sadly, it turns out that the Freedom-class littoral combat ship’s propulsion system may have a fatal design flaw, as Defense News reporter David Larter has revealed.

Moreover, the appropriations bill also funds building a new frigate. Years ago, the Navy had plenty of frigates but the service decided to retire those vessels in favor of – wait for it – littoral combat ships, which the Navy is unfortunately not able to return.

Rounding out the holiday glee: The spending bill would give the Army $861 million for its Long Range Hypersonic Weapon – $60 million more than the president had asked for.

If you want to know why the military is working on hypersonic weapons, including a missile that Trump has boasted can fly at 17 times faster than the speed of sound, just repeat this mantra: because China has one.

That’s right: If China is testing a shiny new toy, it’s only a matter of time before the U.S. military will break down in tears and demand to have one of its own.

Fear not, Army: This Christmas, you will be the coolest kid on the block. Congress has had several cups of the “special eggnog” and all of the military’s holiday wishes are about to come true!

Related: Here are all the weapons and gear coming to soldiers and Marines in 2021

CORRECTION: This story was corrected on Dec. 28 to include funding for military construction in the total amount of the money provided to the Defense Department in the spending bill.