As Hurricane Florence battered the Carolinas last week, the U.S. military prepped for the aftermath of the deadly storm by forward... 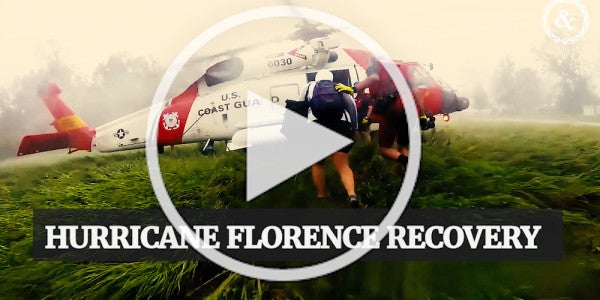 As Hurricane Florence battered the Carolinas last week, the U.S. military prepped for the aftermath of the deadly storm by forward deploying troops and supplies.

As of Sunday, the Army had committed 13,000 soldiers to provide search and rescue, supply distribution, and other emergency relief services for the affected areas, an Army spokesman told Task & Purpose on Monday. They're backed up by more than 90 rotary wing aircraft from Army, Army National Guard, and U.S. Army Reserve units and 3,000 Army High Water Vehicles.

Below are a collection of photos of the impact area, and troops in action.

As of Monday the 17th, the death toll of the storm as reported by NPR is at 23 confirmed dead as a result of Hurricane Florence

Due to the flooding, Wilmington, NC, a town of 115,000 is temporarily cut off from the mainland. Food and water are being airlifted in for stranded residents

Some have it easier than others