Hurricane season is upon us, but fear not: the National Guard is frickin’ ready

"We need to be a country that's resilient." 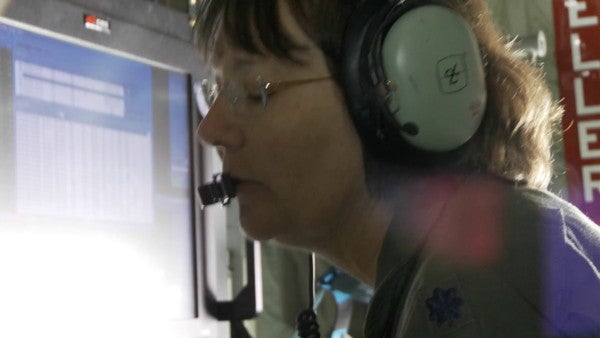 Hurricane season officially starts on Saturday, and the National Guard's Vice Director of Domestic Operations, Brig. Gen. Jeffrey Burkett, wants you to know that while individual preparation for natural disasters is “absolutely essential,” the Guard — along with its federal and state partners — have been working to stay ahead of whatever may come.

Several states and military installations across the country have taken a big hit from natural disasters in recent months — many bases are still recovering from the last hurricane season — but Burkett told reporters on Thursday that the Guard's work on current recovery won't impact their ability to respond to potential future disasters.

“There's always some things we'd probably like to improve on,” Burkett said. “But I think we're pretty well-equipped and trained and ready to go.”

The National Oceanic and Atmospheric Administration said on May 23 it expects a “near-normal Atlantic hurricane season” this year, with anywhere between nine and 15 named storms. Burkett said National Guard units across the country have been working to prepare themselves in several ways, both on a federal level, and individually on a local level, which Burkett says is “absolutely fundamental to a good response,” and ultimately where response starts.

The National Guard does, of course, have other responsibilities aside from natural disaster response; for example, some are currently at the U.S.-Mexico border, and as McClatchy's Tara Copp reported, almost one third of the North Carolina Guard will be unavailable to respond to an emergency because they're waiting to deploy overseas.

But Burkett said there are agreements already in place between the states to assist one another, and fill in any gaps.

“The states actually discuss 'Hey what kind of support can I provide you if you have this type of emergency?' And so … they have already forecasted who is going to support, and how they're going to support, based on the availability of forces that we have currently that we know DoD is not going to be utilizing, if you will, for combatant command somewhere else,” he said. “And so we're doing very predictive force planning on this, and thinking through how we can support each other very effectively and very quickly if a disaster happens.”

Ultimately, Burkett says he isn't worried about forces “being stretched thin,” though he emphasized the importance of individual preparedness — whether that be having enough water on stand-by in case of a shelter-in-place, or following guidance from local leaders who initiate an evacuation of the area.

“Individual preparedness is absolutely essential for every American,” Burkett said. “We need to be a country that's resilient, not only to natural disasters but to other things, and it really starts with the individual.”

SEE ALSO: US military bases are preparing for hurricane season while still reeling from the last one