The National Guard may be bracing for yet another turbulent hurricane season, but the Navy is preparing a decidedly more cinematic response to future natural disasters that may strike the United States 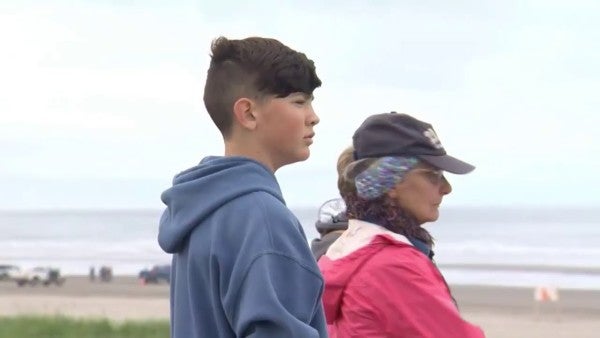 The National Guard may be bracing for yet another turbulent hurricane season, but the Navy is preparing a decidedly more cinematic response to future natural disasters that may strike the United States.

This is no standard disaster response training event: Conducted as part of the ongoing Defense Support of Civil Authorities (DSCA) training events across the Pacific Northwest, it was designed explicitly as a response to “a Cascadia [Zone] earthquake or tsunami” that “could cause widespread damage to highways, bridges and other transportation infrastructure,” according to the Navy.

“These training evolutions are a great way to showcase the Navy-Marine Corps team's capability of bringing help to those in need after a natural disaster,” Anchorage commanding officer Capt. Dennis Jacko said in a statement. “Exercises and training like this helps prepare our Sailors and local government agencies to work together seemlessly so that in the event of an earthquake or tsunami, we are ready to help in any capacity required.

To be clear: the Navy is training for the next Really Big One, the type of historic earthquake that would wreak havoc across the West Coast.

Here's what that earthquake will inflict on the United States, according to this award-winning 2015 look at the Cascadia Zone in The New Yorker:

When the next very big earthquake hits, the northwest edge of the continent, from California to Canada and the continental shelf to the Cascades, will drop by as much as six feet and rebound thirty to a hundred feet to the west—losing, within minutes, all the elevation and compression it has gained over centuries. Some of that shift will take place beneath the ocean, displacing a colossal quantity of seawater … The water will surge upward into a huge hill, then promptly collapse. One side will rush west, toward Japan. The other side will rush east, in a seven-hundred-mile liquid wall that will reach the Northwest coast, on average, fifteen minutes after the earthquake begins.

So yeah, the Navy is training for a disaster of epic proportions. As the War Zone points out, the beach exercises were conducted in conjunction with the Oregon Air National Guard's Cascadia Airlift. which executed the mock delivery of vehicles and cargo with the help of a C-130 Hercules aircraft.

“The region is well overdue for this horrible event and predictions keep getting worse as to what it will actually look like when it occurs as well as its protracted aftermath,” The War Zone reports. “So, seeing the military getting serious about the reality that this emergency call will come sometime in the future and only it really has the capacity to make large-scale and rapid impacts when it comes to saving lives.”

Cool cool cool. So what's Tommy Lee Jones up to these days?

SEE ALSO: Hurricane Season Is Upon Us, But Fear Not: The National Guard Is Frickin' Ready