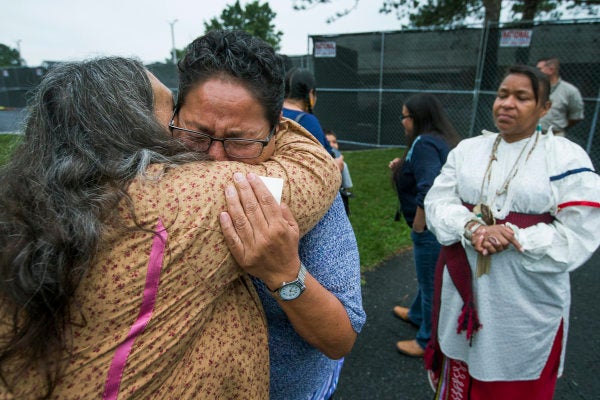 The remains of six Native American children who were buried over 100 years ago are being returned to their families as the Army continues its disinterment project at the Carlisle Barracks Post Cemetery, bringing the total number of children returned to their homes to 11.

Starting on Saturday, the Army will begin its “multi-phase disinterment project …with archaeological and anthropological expertise from the U.S. Army Corps of Engineers” to extract remains belonging to students of the Carlisle Indian Industrial School, which was operated at Carlisle Barracks — now home to the Army War College — from 1879-1918, the Army announced on Monday.

While the official purpose of the school was to educate Native American children, the Carlisle Indian Industrial School disregarded their traditional norms and values so far that the Washington Post deemed it an “assimilation school.”

“They were stuffed into military uniforms. Pushed into marching regiments. Forbidden from speaking the language they had known all their lives. Even their names were taken away,” the Washington Post reported in 2017. “The return of the remains is a fitting epilogue to one of the uglier chapters in the history of U.S. government's interaction with native tribes, a period where schools like Carlisle were used as tools to detach Native American youths from their traditions and cultures.”

It's unclear how these six children died, though the Guardian reported in 2018 that “infectious disease and harsh conditions caused other deaths at the school.”

“During its 29 years, the school's image shifted with changing American cultural norms,” a 2018 press release says. “It began as a relatively progressive concept of providing Indian children with an education and vocational training, but this came at the expense of native cultures and languages. As the school went through administration changes … the rules became more lax and open to native culture.”

Karen Durham-Aguilera, executive director of Army National Military Cemeteries, said in 2018 that she hoped the reinterment brought the families “some measure of peace and healing.”

“The Army's commitment remains steadfast to these six Native American families whose sacrifice is known to only a few,” Durham-Aguilera said in the most recent press release. “Our objective is to reunite the families with their children in a manner of utmost dignity and respect.”

SEE ALSO: We Salute The Native American Warriors Who Go Wherever They're Needed To Honor US Military Veterans

WATCH NEXT: Jack Mandaville's History of US Wars