"As much as I'm adapting to corporate life, I wish the civilian world would take at least a few military terms onboard." 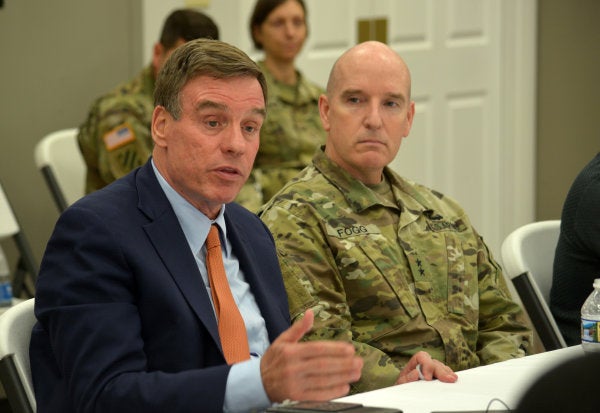 As I've continued my transition from the military to the civilian world, I feel as if I make a little more progress every day. I no longer twitch upon seeing a hat worn indoors. I now go up to two-and-a-half weeks without a haircut. I've also stopped dipping into Monster cans and using “motherfuckin'” instead of “um…” as fillers during public speaking.

That said, the civilian world does have its own annoying tics I'm not a huge fan of. The next person I hear saying “laying flat” when referring to something that's wrapped up is getting an overdose of Marine Corps Martial Arts right in the grape.

That's why as much as I'm adapting to corporate life, I wish the civilian world would take at least a few military terms onboard.

The king of all the phrases that the civilian world needs to take on is “blue falcon.”

The blue falcon's habitat isn't limited to the military. Blue falcons are found everywhere. The first step in eradicating them is to identify them, and you can't do that unless you can talk about them. The buddy fucker is an insidious species, one that might be even more common outside the military than inside. The sooner they're made extinct, the better off everyone will be.

Sometimes you're like Red in the Shawshank Redemption. You don't even know how institutionalized you are until you're set free. Only a few weeks ago, someone asked me, “So is 'slapping the table' the Marine way of saying 'make a decision?'”

Actually, yes it is. I just never realized that was a military term. It's not as if I said “break it down shotgun-style” or something like that. You make a decision, then the CO slaps the table and leaves. Why wouldn't you understand that? Oh…right. Normal people's meetings don't work like that.

Still, “slapping the table” gives a great bookend to any meeting. Whether in the military or in the civilian world, half of the problem is actually making a decision and knowing a real decision has been made. Too often, decisions are made by a muddled consensus instead of an affirmative declaration. Civilians often leave meetings still wondering what they actually agreed to.

“Are we slapping the table on this?” gets people to take responsibility for a decision rather than just murmur along with the group.

“Hey, I've got to shoot up the brown star cluster on that plan,” is, I think, a little more restrained and far more acceptable, whether in the military or civilian worlds. I think we need to educate civilians on this term. It needs to be used more often.

But sometimes, people need to have it “broken down Barney style.” Oh, that such a phrase existed in the civilian world. Unfortunately, such phraseology is frowned upon. Implying that someone is stupid is accepted in the military, but not so much in the civilian world. That said, the implication of stupidity is still made, just in a far more passive aggressive manner.

That is one of the key differences between being in the military and being a civilian.

In the civilian world, the problem is that people are passive-aggressive. In the military it is that they are aggressive-aggressive. Breaking it down Barney-style is often necessary to make something clear to those who refuse to see the point.

As much as I wish that military language was accepted in the civilian world, it isn't. It's no use fighting a whole culture. Still, it's nice to imagine civilians adapting, at least a little bit, to veteran culture. Just as military culture can sometimes be a bit too hard, sometimes civilians can be a bit too soft.

But maybe, over time, we can get everyone, veteran and civilian alike, lined up together, nuts to butts, in a military manner, and finally beat this hanging chad of nomenclature into submission.