Meet the best-trained team of divers in the Army

“We enjoy the work.” 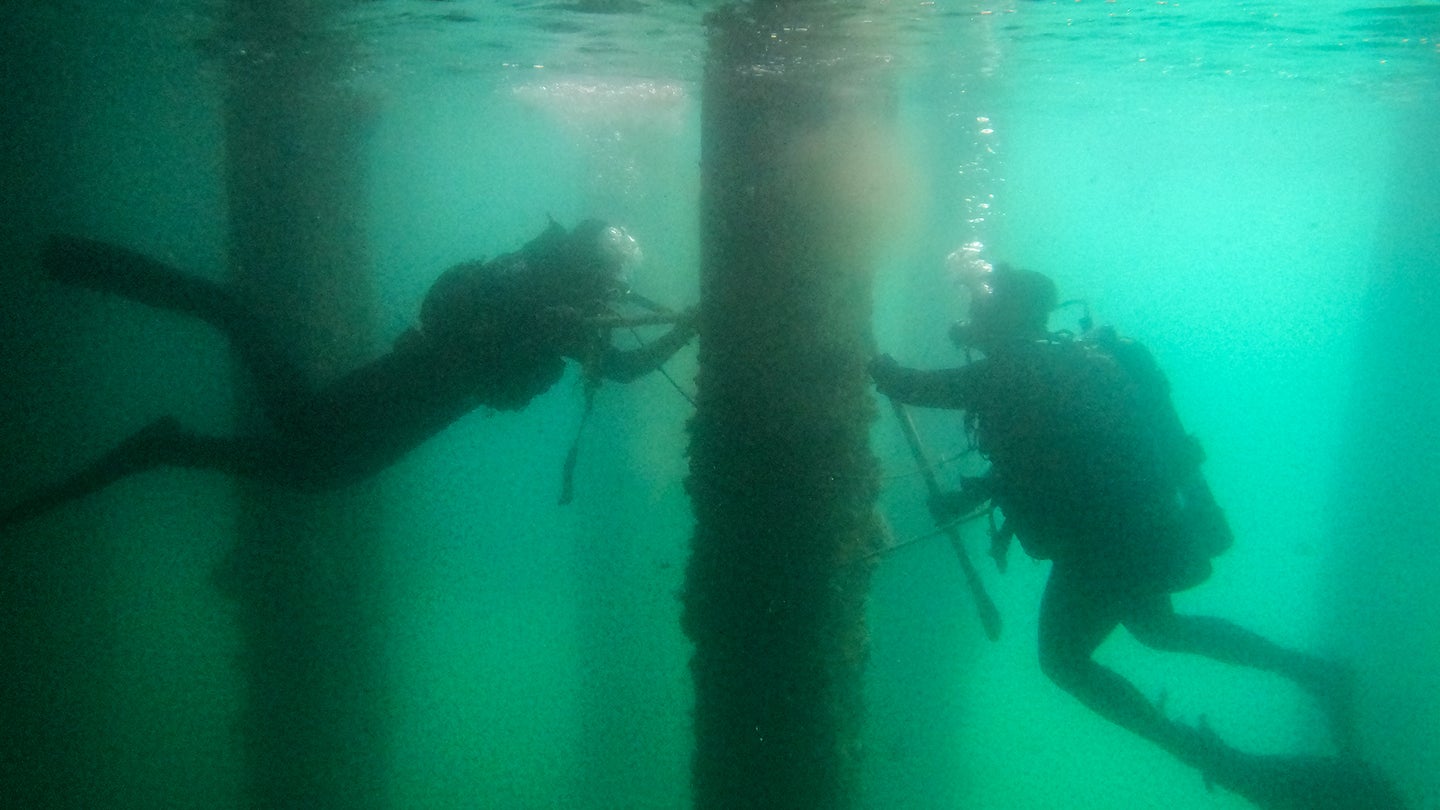 The diving team of only 25 people has no shortage of missions in the Pacific. Whether it’s sending people out to the Philippines or Indonesia, working with the Navy around Joint Base Pearl Harbor-Hickam, or assisting in underwater recovery missions with the Defense POW/MIA Accounting Agency, they’re constantly moving.

And that kind of constant training, which the detachment commander and first sergeant said doesn’t really exist for other diving detachments, makes them some of the most prepared divers in the Army.

“I will stand by that,” Col. Margaret McGunegle, the commander of the 130th Engineer Brigade which includes the diving detachment, added. “They are definitely the best trained.”

“We’ve requested one of the four detachments in FORSCOM [Army Forces Command] to come out here, but it’s not a decision for us to make … But you know, we live next to the warm Pacific not the angry Atlantic,” McGunegle said. “So almost any day these guys can get in the water. It’s not like that with the forward detachments.”

Getting that kind of experience and training could be crucial, especially when considering the role of divers in a potential future conflict in the Pacific. In a combat environment, port construction and surveying will be critical, given the need to determine the state of piers and ports for ships or support vessels to dock at. Or, for something like the Army’s Logistics Support Vessel, a watercraft that can unload cargo straight onto a beach instead of a pier, divers could play a vital role in ensuring it gets to shore safely.

“We would have to be there first to make sure it’s safe for it to get there,” McGunegle said. “It can take up to 2,000 tons — that’s a lot of equipment. So we wouldn’t want to put a bunch of Army equipment that’s critical to that mission before we get guys in here like the dive team … to make sure it’s safe there in the beach landing area.”

Those ports and the ability to safely and effectively bring in ships and other vessels is just one more example of how the military has to think differently about operating in the Pacific than it does in the European theater. Throughout Europe, McGunegle said, “the infrastructure is there.” That’s not necessarily the case in the Pacific, where infrastructure either “isn’t adequate for our equipment” or could be in disrepair because it’s so old, she said. It’s not necessarily a concern for allies like Japan and South Korea, but they’re “worried about some of those smaller partners that don’t have that economic base that would require those crucial ports,” McGunegle said.

“That’s where we would come in and help them out,” she added.

But diving is, of course, inherently dangerous and there are any number of things that could go wrong, which is why the divers go through intensive training before getting qualified and are very intentional in how they do things underwater. There are two phases of training, Miltenberger explained: phase one is roughly 10 days at Fort Leonardwood, Missouri; and phase two is a six-month stint at the Naval Diving and Salvage Training Center in Florida.

According to the center’s website, Army divers are trained in “underwater mine and countermine operations, underwater demolitions and engineer reconnaissance.” It’s incredibly demanding, so much so that Miltenberger said around 80% of people don’t make it to phase two at all. But when you’re working underwater, it’s paramount that each and every person is highly trained and able to stay calm in a worst-case scenario.

“All of the safety measures that they do is just amazing, and it really just tells you the risks that they take every day when they’re in the water,” McGunegle said of the diving detachment. “And the training they have is just top notch.”

And despite the risks and demands of the mission, which would only increase with conflict in the Pacific, the detachment company commander Capt. Robert Cook said it’s all part of the job.

“We enjoy the work,” Cook said. “We enjoy diving, we enjoy the experiences and we’re learning each time we go out to these missions, so we stay ready.”