"You have to put your mind to it, don't quit, try your hardest and keep a positive attitude." 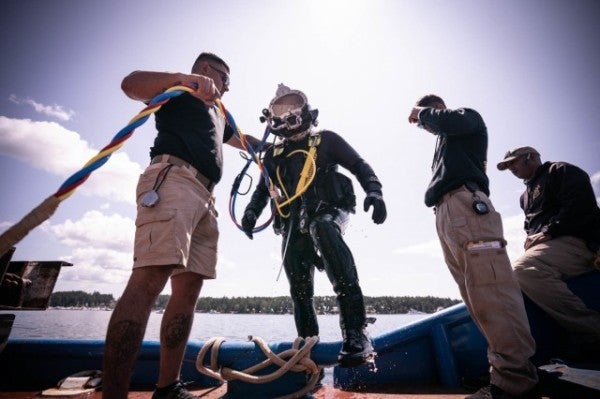 Sgt. Stephanie Johnson was a 28-year-old mother of two when she decided to join the Army — and eventually became the only enlisted female diver in the service.

According to an Army press release, Johnson wanted to “find something she could be proud of” after enlisting, and hoped to give her kids more opportunities than she had growing up.

“I wanted to do something that had meaning and was not only physical, but where I could go home at the end of the day and feel as if I actually did something productive that day,” she said in the release. “That I had benefitted someone.”

But she got through it by thinking of her kids, and her dad.

“It something was super hard and I was struggling, I would think, maybe I don't need to do this. I could go do anything else in the Army, and it would probably be easier,” she said. “But then I would think, could I go home at the end of the day and tell my dad or my kids that I quit? And the answer was always 'No, absolutely not.'”

Johnson credited her success to the female diver that came before her, saying that she “paved the way … because she was the one who showed the male soldiers that just because we're females, that doesn't mean we have to be treated any differently.”

Now Johnson hopes to have the same impact, and inspire younger generations of women to persevere and follow their dreams.

“I hope I can show young girls that they are perfectly capable,” she said.