Army leaders aren’t worried about the ACFT, despite women failing at an astronomical rate

Time to work it. 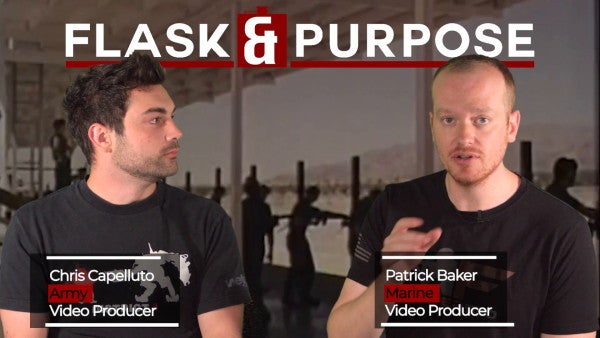 After preliminary fitness test scores leaked in September, many have voiced concerns about how women would fare in the new Army Combat Fitness Test.

The scores — which accounted for 11 of the 63 battalions that the ACFT was tested on last year — showed an overall failure rate of 84% for women, and a 70% pass rate for men.

But Army leaders aren't concerned about this in the slightest.

At the Association of the U.S. Army's annual meeting this week, Maj. Gen. Lonnie Hibbard, the Center for Initial Military Training, said the answer to passing the ACFT is simply learning how to train for it.

“I am confident that the Army will adapt,” Hibbard told reporters. “It's no different than if you look at, let's say a SAT. You go in the first time, some people do very well in all categories, some people don't do well in math and realize they've got to go study and practice the math piece to come back and do well — that's what the diagnostic part of this implementation here is, to figure out where the strengths and weaknesses are.”

An active-duty major who has over 20 years of Army service under her belt, however, told Task & Purpose that the ACFT “is discriminatory, hurts readiness, and reduces combat effectiveness by reducing our ability to gain expertise related to nonphysical tasks … It is a massive institutional mistake and should not be implemented above the battalion level.”

The major, who requested anonymity to avoid potential backlash, added that she doesn't believe the test is gender neutral because by focusing on strength, “It will disproportionately negatively impact women due to sheer size differences, muscle strength baselines, and require extensive training for women to be able to compete 'equally' with men for output results vs measuring fitness.”

But Master Sgt. Shelley Horner, the NCO overseeing the ACFT Mobile Training Team, said at the panel on Tuesday that as soldiers have become more familiar with the test events, they're changing the way they train and improving their scores. When she first took the ACFT, she said, “there were a few events that I struggled with, the leg tuck being one of them.”

In the leaked scores, the leg tuck was yielding a 72% fail rate for women. Now, Horner says that after shifting her training from an endurance-based approach to strength training, she can do 12 leg tucks.

Another concern that was raised in the Facebook town hall was postpartum training for women. Grinston said at the time that currently it's six months, but the Army has until next October to finalize the policy.

Horner, who has two children of her own, said that it took her six to nine months after each child to get back to the fitness level she was at before children. She said what makes the difference is “trying to continue to train during the pregnancy, within those limitations because every pregnancy and every situation is different.

“It is important to maintain that training throughout that pregnancy period, so that it is not an overwhelming, daunting task to try to get your readiness back after having children,” she said.

Stephanie Worth, an active-duty Army captain and certified personal trainer, told Task & Purpose that she thinks the ACFT “is an amazing opportunity for the Army to move away from a one size fits all approach to fitness and create goal oriented training that becomes an individual responsibility.”

On the issue of postpartum training, Worth added that “if implemented, individualized fitness will be the greatest thing ever to happen to a postpartum female soldier.”

Soldiers everywhere will begin taking the ACFT this fiscal year, until next September, though it won't officially count until October 1, 2020.