The regulation is expected to go into effect on Thursday. 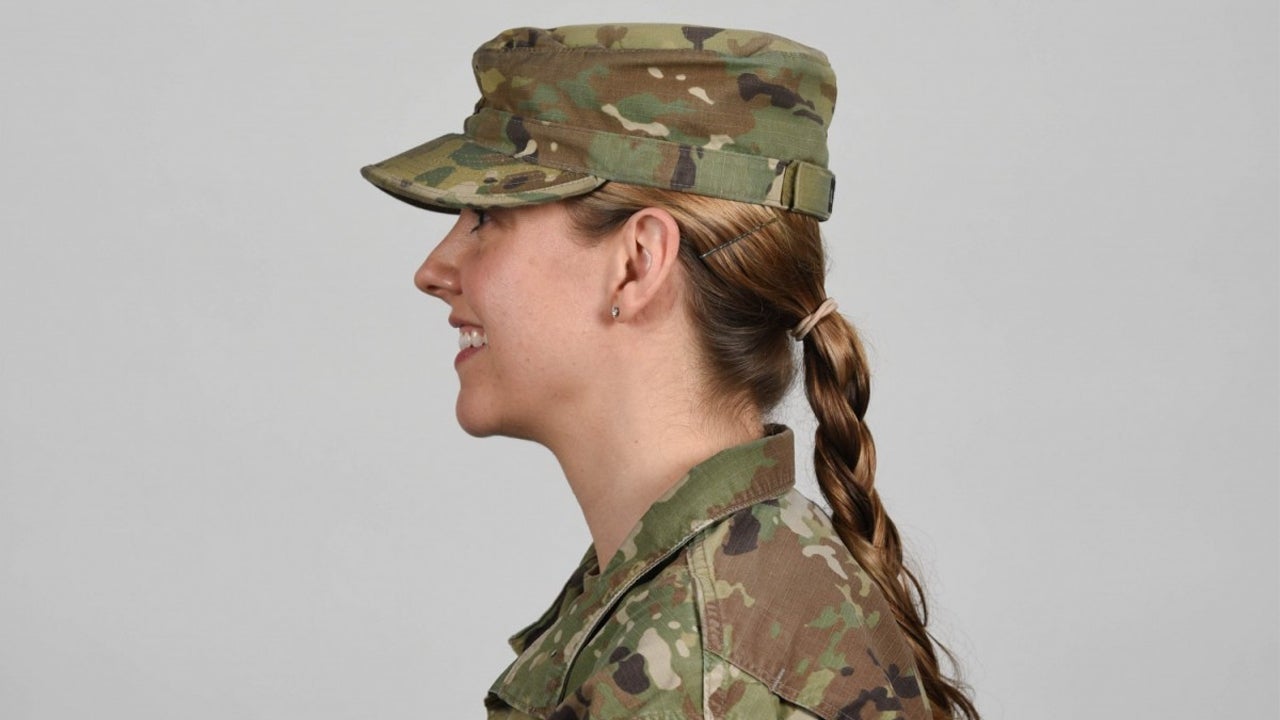 The Army is going to allow women to wear ponytails in all uniforms, just months after revising its hair and grooming standards to allow ponytails and long braids in some instances.

Women will be authorized to wear ponytails “in all authorized U.S. Army uniforms,” the service announced on Thursday. The length of the ponytails cannot extend past the bottom of the shoulder blades; there is no minimum length requirement, and the ponytail or braid must be worn down the center of the back. This change will go into effect immediately upon the publishing of the official guidance, which is expected to happen on Thursday.

The new update follows a regulation overhaul announced in January, which authorized women to wear long ponytails “in utility uniforms when conducting physical training, or wearing tactical equipment.” It also authorized earrings for women in combat uniforms and “professional” lipstick and nail polish. The changes originally said the ponytail had to be tucked into the back of the soldier’s uniform, but Sgt. Maj. of the Army Michael Grinston tweeted on Thursday stating that will no longer be a requirement.

“It’s important that we all understand and enforce standards equally,” Grinston said on Thursday. “I trust our Leaders to know what right looks like and ensure these changes are administered fairly.”

A review panel, which was made up of representatives throughout the Army, voted on the changes announced earlier this year, but did not originally vote to allow ponytails in all uniforms. Grinston said in March that they “asked if they could reconsider their decision” after hearing from soldiers.

The new regulations were a huge win for women who have said the formerly-required bun got in the way of equipment like helmets, and made it difficult to perform their jobs.

Sgt. Maj. Brian Sanders, the sergeant major of the Army’s uniform policy branch, said in January that women who have tried the ponytails in uniform have told him “it does allow the functionality, it gives a better range of motion when they’re swiveling their head, conducting operations, and that’s what we want.”

One female Apache pilot, Capt. Alexis Thorne, previously told Task & Purpose at Fort Stewart, Georgia, that she’s in a helmet “the majority of my job when I’m flying,” and that “being able to do my job and not have my hair interfere with it is fantastic.”

The changes also stemmed from concerns over how the hair requirements were impacting soldiers’ health and causing hair loss or preventing hair growth, and were meant to improve diversity and inclusion efforts in the service.

“This is about listening to our soldiers, taking what they’re saying and then how can we incorporate that into the Army … This isn’t about male and female standards,” Grinston said in January. “This is about Army standards.”