The Army Is Looking At Changing Its Beard Policy

The Army is now performing a study to see if facial hair can safely be worn by soldiers. You know... 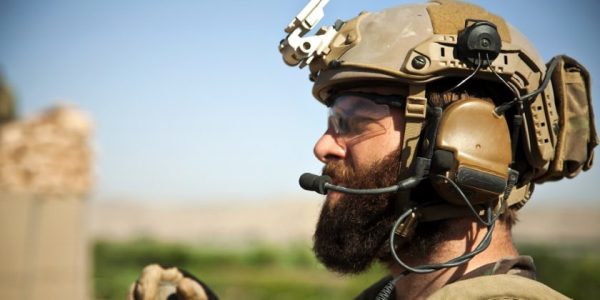 The Army is now performing a study to see if facial hair can safely be worn by soldiers. You know what that means? No more silly mustaches — you may finally be allowed to grow out a luscious face forest.

Behind closed doors in 2016, a working group was convened to determine the best course of action for a number of religious accommodations. Officials expanded the conversation to include hijabs and dreadlocks, which were authorized for wear as a result.

Getting away from religious exemptions, beard-wear grew into a larger issue, especially among younger service members. Finally, something people all religions can agree on: hair on the chin is in.

“I’m not opposed to having a beard,” Sgt. Maj. of the Army Dan Dailey told Military Times.

The real question for Army officials is how they can safely implement beard wear to fit Army standards.

Right now, the helmet test is key. Researchers at Natick Soldier Research Development & Engineering Center will be working to determine if the advanced combat helmet is compatible with facial hair, and if it can be adjusted for good fit. After, a blunt/ballistics test will run through June.

“Any potential change in policy will be made with careful consideration to the professionalism, standards, discipline, readiness and safety of all of our soldiers,” Dailey added.

Once the study is complete, the results will be by assessed by Dailey’s senior enlisted counsel and presented to the chief of staff of the Army.

“There’s a large desire for soldiers now to want to grow beards,” Dailey said. “And we’re not avoiding the conversation. I think we’re going to get to it.”