Al Qaeda Has A Women’s Magazine Filled With Roses, Cartoons, And Great Advice Like ‘Don’t Nag Your Husband’ 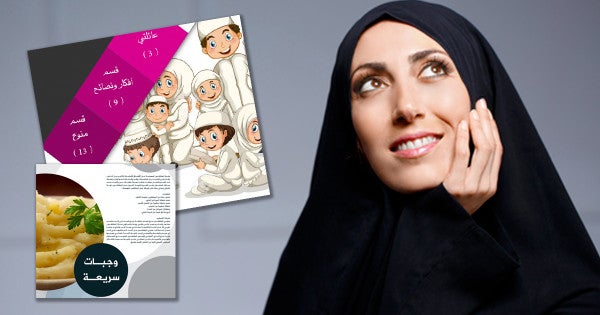 Al Qaeda has a new-ish online magazine for its women jihadis featuring roses, cartoons, stolen stock photos, and great advice like don't nag your husband since he sees a lot of blood every day.

Beituki (Arabic for “Your Home”) is what The Economist referred to as Al Qaeda's “chick lit,” but this isn't some #MeToo-esque tome. Instead, readers of Your Home are instructed to smile more, clean the damn house, and make that really good spicy chicken and hummus meal that Abdul really loves.

The magazine launched in December to what was probably considerable fanfare among the Real Housewives of Al Qaeda. Although it's written in Arabic, The Economist translated some of the more memorable advice lines, including:

It even has a section with supposed love letters written to an unnamed jihadi husband, and a Dear Abby-esque advice column.

“Weren’t you thrilled when your husband told you he was going to join the jihad for God,” one issue asks, “even though you knew that perhaps he might never return?”

I don't know about you, but I'd be thrilled if your husband doesn't return after accidentally detonating the suicide vest in the fitting room.

If you're curious, you can check out an issue at Aaron Zelin's Jihadology site.