U.S. Army soldiers itching to rock beards in uniform are about to be sorely disappointed. After a short-lived period of... 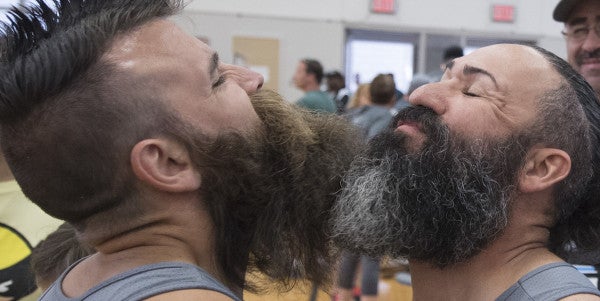 U.S. Army soldiers itching to rock beards in uniform are about to be sorely disappointed.

After a short-lived period of beard-mulling, the U.S. Army has axed prospects of broader changes to its facial hair policy, Task & Purpose has confirmed, and the decision not to pursue changes to facial hair regulations has been finalized.

“Beards will not be authorized because the protective mask does not seal properly when wearing a beard,” Hank Minitrez, a spokesman for the assistant secretary of the Army – Manpower & Reserve Affairs, told Task & Purpose in an email.

Minitrez said soldiers are only able to wear a beard if they request a religious accommodation through their chain of command.

“There are a small number of Soldiers, out of 1.1 million, who do have beards because they have an approved religious accommodation, but with the understanding that they may have to shave them if a chemical attack is imminent and their commander orders it,” Minitrez said.

The preliminary decision was based in part on recent studies by the Army Research Lab and Natick Soldier Research, Development, & Engineering Center. While Sergeant Major of the Army Dan Dailey told Army Times on Dec. 1 that “no final decisions have been made” regarding facial hair, the move doesn't bode well for beard-happy soldiers.

“Even when we applied petroleum jelly, which was initially thought to add greater adherence, the respirators did not fit to our military standard,” Garrett said.

Late last year, rumblings of potential beardage changes arose as the Army made modifications to grooming standards for religious minorities, including allowing beards if approved at brigade-level. Sgt. Maj. of the Army Dan Dailey told Army Times he was not an “anti-beard guy” and that he believed any broader changes to beard policy would have to be done “for the right reasons.”

“From a personal perspective: Am I opposed to it? Not really,” Dailey said last November. “I think we have to look at it, we have to research on it, we have to be informed by it.”

Beard talk continued in March after the implementation of the revised regulations designed to accommodate religious minorities.

“Army leaders and researchers are currently reviewing the wear of beards by soldiers in the Army. Any potential change in policy will be made with careful consideration to the professionalism, standards, discipline, readiness and safety of all of our soldiers,” Dailey told Army Times in a statement in March.

If there is a silver lining to the current beard policy, it might be avoiding all the additional logistical hiccups that broader facial-hair allowance would cause. With a limited beardage policy, NCOs don’t have to police the patchy, pretend operator beards of lower enlisted soldiers to make sure they’re within standards. Conversely, lower enlisted don’t have to politely listen to long boring stories from male NCOs about how their beard choices got them where they are today. Overzealous command teams aren’t able to “add to 670-1 but not take away” by only allowing chinstrap beards.

Still, this isn’t much consolation when stumbling towards the shaving cream in the dark of a Monday morning.

UPDATE: This article was updated to reflect comments from Sergeant Major of the Army Dan Dailey. (Updated 12/7/2017; 8:59 am EST)