Army Capt. Simratpal Singh is the first combat soldier who will be able to keep his beard in a rare... 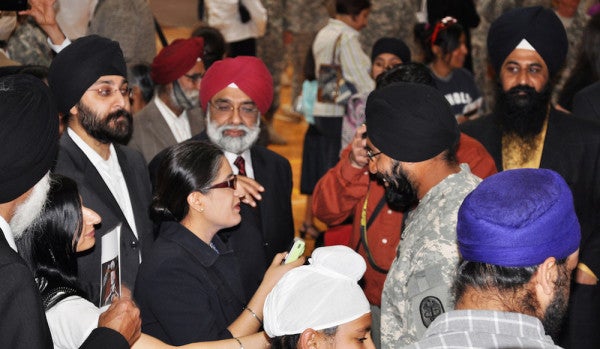 Army Capt. Simratpal Singh is the first combat soldier who will be able to keep his beard in a rare exception, according to The according to the New York Times.

Nearly 10 years ago, when Singh enrolled at West Point, he was required to shave his beard, and choose serve his country over his religion.

The Army did not comment about how or why the decision was made. According to spokeswoman Lt. Col. Jennifer R. Johnson, all requests for such accommodations are evaluated on a case-by-case basis.

This is a win for Singh, who was granted the accommodation for one month pending a permanent ruling from the Army. The decision to make an exception for Singh, however, will not impact the rest of the military.

A majority of requests in recent years have been denied. One such case involved the denial of a Sikh student from Hofstra University hoping to join the Army’s Reserve Officers’ Training Corps. Lt. Gen. James C. McConville, the officer in charge of accommodations, claimed that it was both a safety issue, and that any break in uniformity — like that of a beard or a turban — could erode esprit de corps and undermine officer credibility.

The U.S. Supreme Court ruled that the safety argument is invalid, adding that the Army has made a number of exceptions for multiple reasons, from preventing acne to religion.

These accommodations are important for Sikhs who have a long history of military service. Singh decided to join because Sikhism encourages its followers to protect the oppressed.

Whether or not this will spark a larger conversation about religious exceptions is unknown. The Army has and likely will continue to deny such requests from incoming recruits, arguing that they can apply for accommodations only after shaving their beards, removing turbans, and formally joining.

For Singh, who felt he spent nearly a decade living two separate lives, this is a major turning point.

“It is wonderful. I had been living a double life, wearing a turban only at home,” Singh said. “My two worlds have finally come back together.”